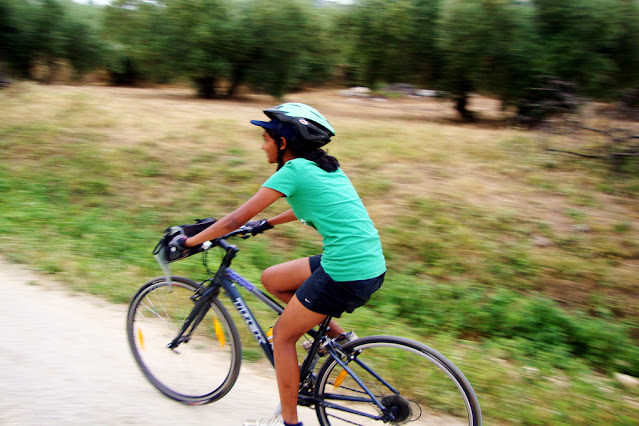 country best since you have to sweat up the hills and coast down them. Thus you remember them as they actually are, while in a motor car only a high hill impresses you and you have no such accurate remembrance of the country you have driven through as you gain by riding a bicycle.

Ernest Hemingway
American Author & Journalist
***
"Tens of thousands who could never afford to own, feed and stable a horse, had by this bright invention enjoyed the swiftness of motion which is perhaps the most fascinating feature of material life."
Frances Willard (1839–1898)
American Author and Suffragette
***
"Nothing compares to the simple pleasure of a bike ride."
John F. Kennedy
Former President of the United States
***

"Let me tell you what I think of bicycling. I think it has done more to emancipate women than anything else in the world. It gives women a feeling of freedom and self-reliance. I stand and rejoice every time I see a woman ride by on a wheel...the picture of free, untrammeled."
Susan B. Anthony (1820–1906)
American Author and Suffragette
***
"Life is like riding a bicycle. In order to keep your balance, you must keep moving."
"I thought of that while riding my bicycle."
Albert Einstein,
Nobel Prize Winner in Physics
***
""Next to a leisurely walk I enjoy a spin on my tandem bicycle. It is splendid to feel the wind blowing in my face and the springy motion of my iron steed. The rapid rush through the air gives me a delicious sense of strength and buoyancy, and the exercise makes my pulse dance and my heart sing."
Helen Keller
Author & Activist for the Seeing Impaired
***

"Learn to Ride a Bike. You will not regret it if you live"
Mark Twain
The ever cynical Humourist & Writer
***

"When man invented the bicycle he reached the peak of his attainments.”