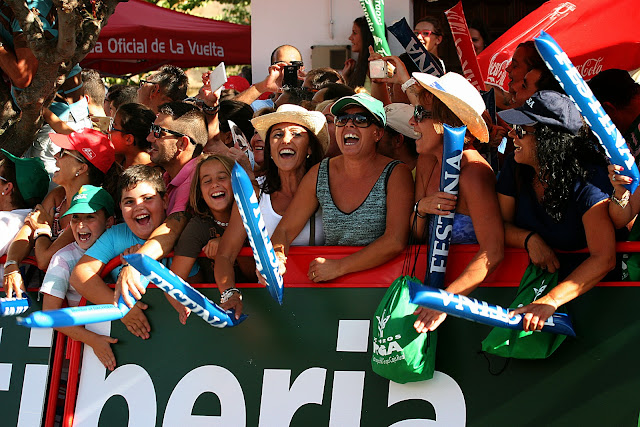 This year’s race is again looking to be an intriguing contest over the mountains of Spain. We highlight the route, main contenders and 5 reasons why you should be here to see the action LIVE! 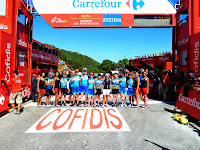 La Vuelta 2015 (22nd August to 13th September) looks, once again, the most spectacular and interesting route out of the 3 Grand Tours this year.  Simply put, the intensity of the mountain stages and the abundance of new and innovative climbs make it a race that leaves no room for predictability.  Never before has a Grand Tour had so many undiscovered finishes – the Spanish epic seems to specialise in creating nail biting mano-o-mano cycling, just like last year’s battle between between Contador and Froome, with Contador taking the honours.

Our 2 VIP bike tours this year focus on the best part of this race in the South with particular attention paid to these new and inspiring mountain finishes in this rugged but picturesque region of Spain. Highlights no doubt include the Grand Depart Time Trial in Marbella (which you can ride on race day) and the stage finishes of Andalucia, where the Caminito Del Rey and the heights of the Alpujarras, the foothills of our local Sierra Nevada, are not to be missed. 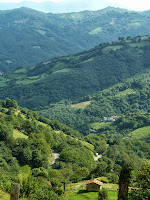 Then we head to the North where the race will be won and lost with some classic high mountain finishes. Stage 15 looks like one of the most beautiful routes ever devised by La Vuelta with the special El Torno pass to get over before the glorious category 1 climb and grand finale in the steep little village of Sotres in the Picos de Europa. Not to be outdone, Stage 16 is a crazy day of climbing in Asturias, culminating in the new and somewhat sinister (6 km but with an average gradient of 11% and ramps at 20%) Hermitage of Elba climb. Swords will be crossed.

La Vuelta Favourites
Writing at his time of year is always difficult to name for certain the roster and the team leaders.  One thing for sure is that contenders for La Vuelta 2015 title will be a high quality field. Plus it is always the last chance for a rider to salvage their season if there has been a withdrawal or bad form within the Grand Tour season this year. 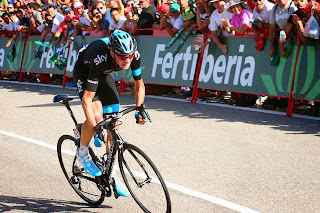 The No. 1 favourite as it stands has to be Chris Froome, leader of Team Sky, having just seen him impressively win the Dauphiné and also the early season opener of the Ruta del Sol (Tour of Andalucia) against Contador.  The parcours seem to have been made especially for him as there features some incredibly tough climbs but importantly there is also a long Time Trial Stage in Burgos. Being the supreme all rounder which he is, he will be keen to keep with the best of them in the high mountains and on a good day, leave his nearest rival trailing. But he will be assured of gaining some important seconds on the T.T. over his main rivals if he performs to his potential. If Froome doesn´t win this year´s Tour de France, he will be going all out, guns blazing to capture his first Vuelta Victory.

Nairo Quintana
Froome´s main rival, on paper at least, would seem to be Nairo Quintana of Team Movistar.  Quintana has the ability to put in a blistering attack in the mountains and with the support of an incredibly strong Movistar team with probably ex Vuelta winner Alejandro Valverde as a super domestique, he will be looking to make up for his disappointing withdrawal from last year´s Vuelta due to a crash. The diminutive Columbian, if at his best, will set this Vuelta alight. 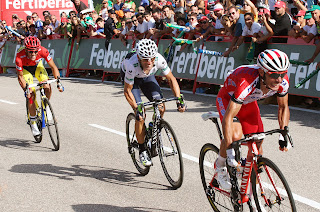 The man who is yet to win a Grand Tour and is desperately due a big, big win is perennial home favourite, Joaquim Rodriguez of Team Katusha.  Purito is a real class act having podiumed at La Vuelta previously and won the UCI´s World Tour Rider of the Year.  A huge advantage he has over his rivals are the 3 mountain stages, including the Queen Stage, in his backyard in Andorra where he lives and trains and he´ll be wanting to put on a great show for the home fans. The Queen stage of the La Vuelta this year takes in an incredible 5,238m of climbing in just 138km – perfect for Rodriguez to show his talents. 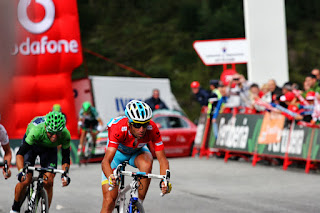 The Italian Vincenzo Nibali (Team Astana), Vuelta winner 2013, has to be one of the pre race favourites .  Never one to be phased by any type of parcours thrown at him, this winner of all Grand tours has the pedigree and proven ability to win this race.  Again a lot really depends on this year´s TdF and his showing there but one can be assured that if he is at the start in Marbella he will be the main man to beat with Froome.

Other riders to watch will be the Scilian Fabian Aru (also Team Astana) who gave Contador a good run for his money in this year´s Giro.  Rigoberto Uran (Etixx-Quick Step) will be looking to mark his name on this year´s Vuelta as well.  And let´s not forget Jurgen Van den Broeck of Team Lotto-Soudal who always seems to be there or thereabouts.  Irish rider Dan Martin, Canadian Ryder Hesjadal and American Andrew Talansky of Cannonadale Garmin could also make good or even pull off the win. And finally, the French resurgence of Thibault Pinot (Team FDJ) and team mates Peraud and Bardet of AG2R-La Mondiale are certainly in the mix. 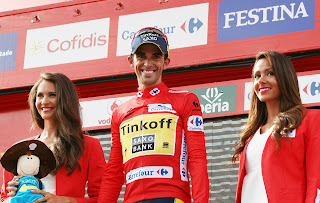 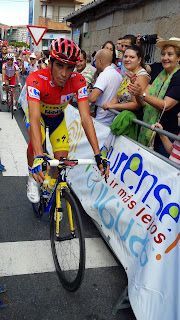 One rider who I omitted so far is last year´s winner Alberto Contador.  As it stands, Contador has already won the Giro and has his sights set on winning the TdF double. So at the moment he has said he isn´t defending his Vuelta title. But a withdrawl or poor showing in the Tour could of course change that – plus pressure from the maverick team owner Oleg Tinkov to ride. It would be no surprise to see him line up at the grand depart in Marbella this August 22nd.

It looks a mouth-watering race and once again you could there with us riding some of these epic stages and cheering on the main GC contenders. 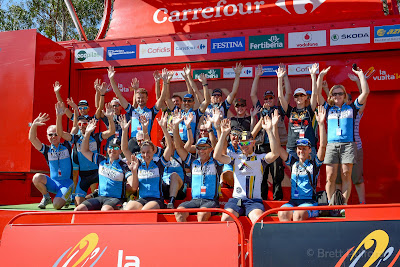