Our Road Bike tour Lakes, Mountains and Sea, which ends in Almuñecar, on the warm and sunny Costa Tropical in Granada province, is where you can find this most potent and somewhat evil flower of Angels. 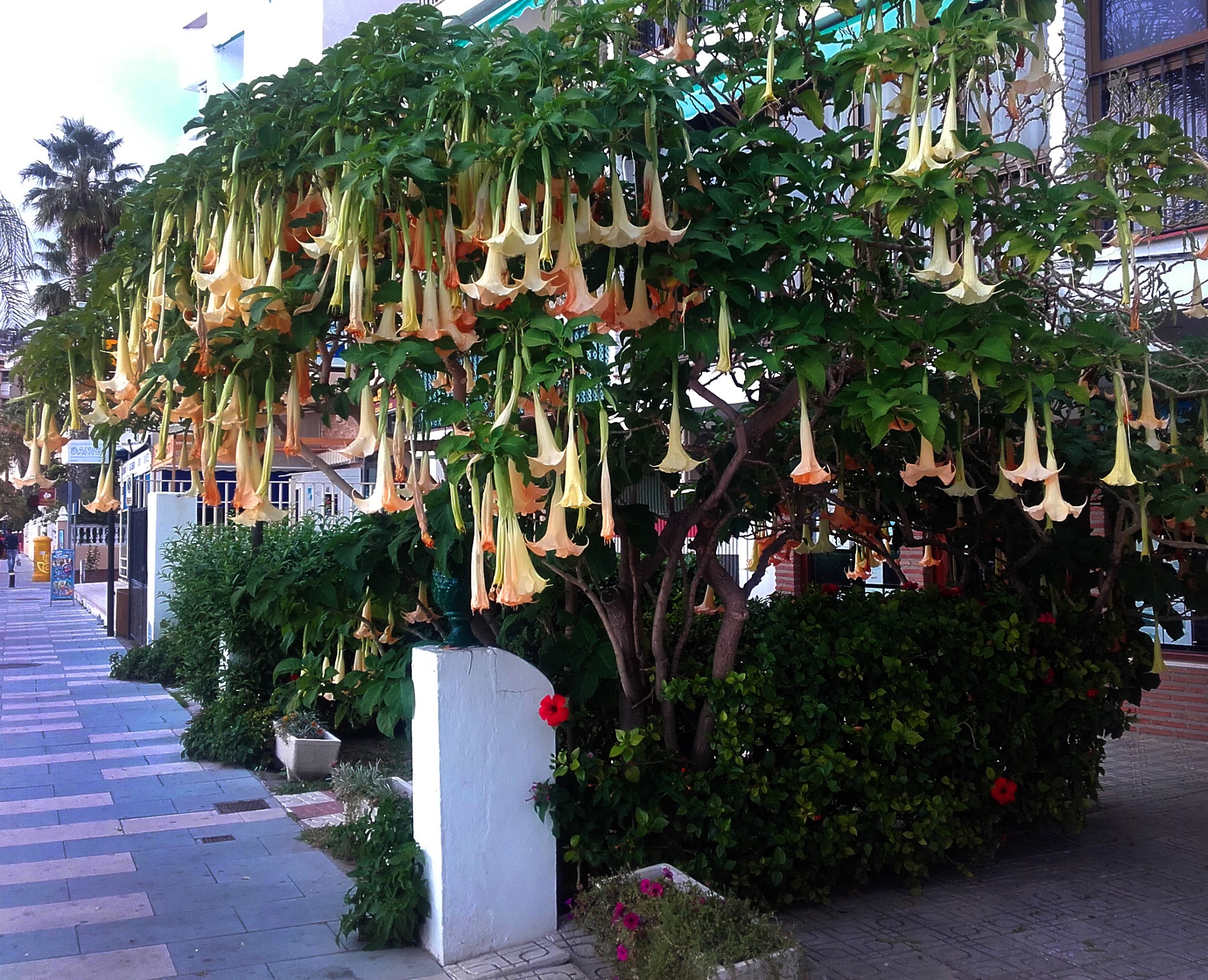 When I walked by one at twilight the other day, I couldn't believe the overwhelming intoxicating smell. An incredible wave of gorgeousness swam past my nose from the delicate hanging flowers with its shades of cream and coral.
This, plant's siren call, belonging to the night hints at its darker history.

Called ironically “Angel´s Trumpets”(Brugmansia, small shrubs trees from the nightshade family the solanancae family. Datura also is a similar cousin) it is a very popular ornamental shrub in gardens all over the world in frost-free zones. You can probably find them in your local garden centre if you live in a southern country or state.
However, despite its suburban normality, this heavenly named plant is sheer devil, and all parts of it are very poisonous and contains the alkaloids atropine, scopolamine, and hyoscyamine.

How to make a Zombie with the Datura family

It was used in ancient rituals as a hallucinogen in order to speak to deceased ancestors throughout South and Central America where it was originally native,
It is also rumoured to be a main component in some Haitian “zombie” making.  The plant mixed with others "ingredients" can cause paralyxis, but consciousness, where the fated would be buried as if dead, dug up later and due to their now enforced insanity, easily controlled,
If ingested or drunk in a tea (more common than you would think!), woah, watch out, on the plus side it can cause euphoria, but on the minus side...really dreadful spasms, horrific hallucinations, paralysis, trances, and even cases of insanity.
Australia has even tried banning some of the species of this plant due to its toxicity.

There are many around the district here in Southern Spain and while really unique and beautiful perhaps best to stick to Tetley tea?
November 17, 2015