Cycling in Nicaragua on a Cycling Country Bike 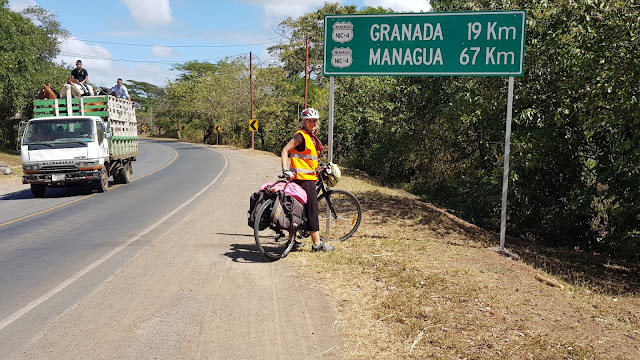 What happens to our retired Cycling Country bikes after being put out to pasture?

Often, we sell them locally, but this year, we, Maggi & Geoff, founders of Cycling Country  were very happy to donate one of our touring hybrid bikes after cycling it from San José, Costa Rica to Granada, Nicaragua.

Nicaragua is one of the poorest countries in the Western Hemisphere with about 30% of the population living on less than 2$USD a day.  In rural areas, this grows to be about 50%.  A country with a long history with Spain, Granada especially has ties with Andalucía due to the first Conquistadors landing and affecting this area of the world, often with brutal suppression. Francisco Hernández de Córdoba from Córdoba, Spain is said to be the founder of Nicaragua (1524) and of its two colonial cities, Granada and Leon.  The local currency, the Córdobas, are named in his memory.

Cycle touring in this country is a wonderful experience due to its beautiful volcanic landscape, temperate climate and considerate drivers who are very used to all forms of road traffic including oxen, tractors, and cyclists.  The roads are very good, though very narrow and without shoulder, so can be dangerous with heavily laden large transport trucks passing closely.
A lot of cycling can be on the impressive PanAmericana highway, which in parts is .. breathtaking in a whole new way, not necessarily in a good way either!  The world's longest "motorable" road at 30,000km, is an experience to cycle. 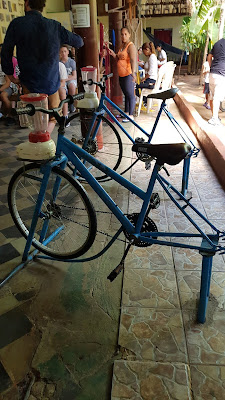 Fortunately, we had no problems and it was a thrill to cycle into the beautiful colonial city of Granada (when we live near the original one in Spain). Known as La Gran Sultana, in reflection of its Moorish and Andalusian heritage, Granada is situated on Lake Nicaragua, which at one point was home to thousands of bull sharks and had its own shark industry to process these.  The city is also under the imposing and ancient volcano Mombacho in which its shattered top, shows the awesome power of these potent sentinels.   The houses are colourfully painted and despite it being razed several times in its illustrious history, it still has a welcoming atmosphere. 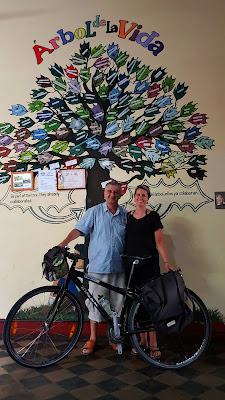 It was received by Tio Antonio (and small world, but his father is from Montefrio, 40km away from us in Alhama!), of the excellent program, Café de las Sonrisas, which provides employment opportunities for local hearing impaired and disabled young people with their fantastic "Smiles" café, plastic recycling weaving program and hammock making shop.

Its new home will be in a nearby orphanage who they also work with in our Central American sister city, Granada and we are sure they will make good use of it. 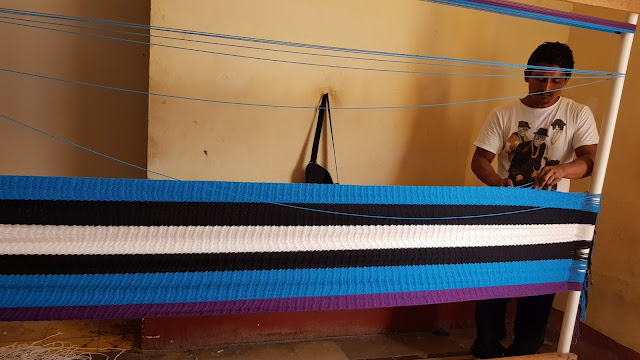 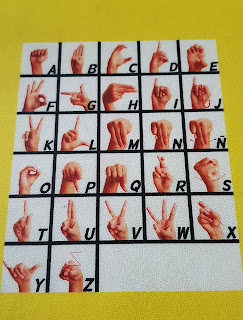