Try the refreshing local drink, Horchata on your
cycle tour in Spain!

The great thing about travel is trying a little bit of everything passed your way, and whilst in Spain, there is a lot of goodness to try!  We asked María Ángeles, our Sales Manager, what was her favourite seasonal tipple.

You may ask, having heard of it, “What's horchata?” Well even though it sounds a bit strange, you must, before summer ends, try it!

As you know, due to their long relationship, Spanish traditions are very similar to those in South or Central America and horchata is not going to be the exception! There are different horchata tastes, and the Mexican one is totally different from that of Spain´s, Valencia in particular. 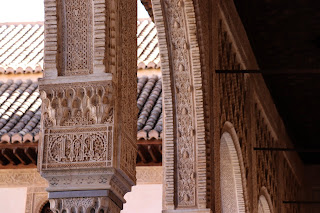 Let us explain it, because people often get confused between both of them. Mexican horchata is made with rice whereas Spanish horchata’s main ingredient is Chufa (the exotic sounding, “tiger nut”).  Not actually a nut but a tuber, it was discovered about 4000 years ago and brought to Iberia when the Moorish inhabited the area.  High in proteins and fibre it is a good healthy way to start the day. 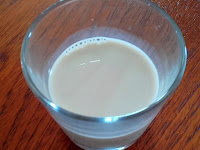 This Horchata de Chufa is one of Spain’s most loved beverages. It originated in Valencia (great for growing Chufa with its temperate climate and sandy soil), but it is usually drunk in regions such as Andalucía and Murcia too. It is often very sweet, and it is an excellent afternoon cooler.

In Spain, as you may know, dinner means a late dinner (9-10pm very often), so Spaniards need something to eat or drink during the afternoon to tide them over. This meal is called “merienda” and horchata is one of the drinks consumed during that time (6-7pm approx.). The merienda is usually accompanied by a sweet pastry. In Valencia, very often, it is drunk with fartons, a long thin bun, which is only available in summer.

You will be wondering for sure about the taste it has… Have you ever tried soy or almond milk? The texture and consistency are similar, although this drink has a unique taste. It is made with the milky juice of tiger nuts and mixed with white sugar and cinnamon in some cases. The tiger nuts are soaked in cold water for 24 hours and the white juice it generates is used to produce this amazing cold drink!

By the way, you won’t be able to taste it if it’s not refrigerated, as it needs to be served extremely cold, and that is what makes it be the refreshing sweet drink during summer (aside from “gazpacho”, which is very typical in summer as well, in Andalucía above all, but it is salty).

So… if you are ever coming to Spain, don’t forget to ask for one as you will be completely delighted!