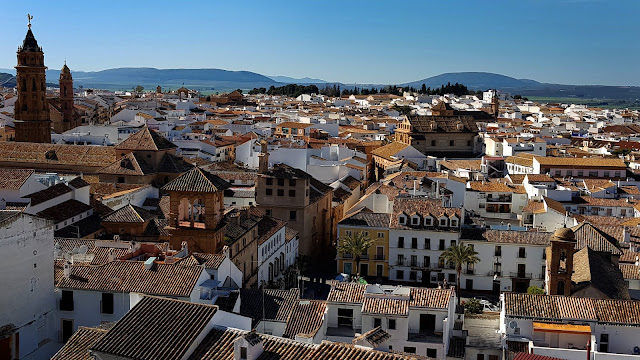 On our Spanish cycle tours, we always try to pick some interesting places to bike into and get a feel of life here, which of course is wonderful and why Spain´s life expectancy is due to be the best in the world in the next few years!  How is that for a tag line!   One of our favourite inland towns is attractive, friendly and historic, Antequera which is about a 45 minute drive north from Málaga´s sparkling Costa del Sol in sunny Southern Spain.

Beyond the Coastal mountain range that protects the Med, this agriculturally based town is blessed to have been a stopover for many a civilisation, going back into the twilight of human kind. In fact, Europe’s most important megalithic complex is proudly situated here amongst a plethora of other cultures and civilisations scattered around. 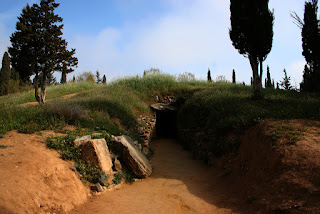 Walk just a short way from the centre and find the architectural building blocks of humankind, the thick round posts are a fascinating insight to the Neolithic community and its Mengal dolmans are 4500 to 6000 years old. They are absolutely beautiful sites and tranquil and your imagination can go wild there!

Now UNESCO sites, you can almost get a feel of the countryside these primitive people survived in, as you look across the landscape and erase the city around. 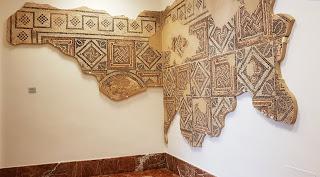 The Romans named it “Anticaria”, after these same vestiges they found of their ancient ancestors and the Moors strengthened it making it a reputable Al-Andalus stronghold.  Despite this, it was the first to fall in this area to the Christian Prince Ferdinand in 1410. Unfortunately, when building the city through the ages many of the Roman remains were destroyed or reused for their stones including a solid round amphitheatre. However, what they did preserve were some of the nicest figure sculptures in Spain from Roman times, including a life-sized Bronze form the 1st century of a boy and some lovely little sculptures of the goddess of the hunt, Diana and of course, Bacchus (the Roman god of wine!).  The Romans, of course, helping introduce this delicious beverage to Spain which has been embraced with a fervour. 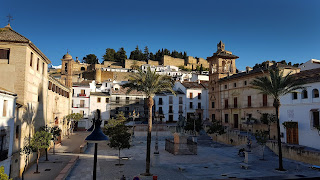 Today, Antequera is an attractive place to cycle into and as you wander the tidy streets, you’ll notice how crowded with impressive stone churches and striking Andalusian homes, it is.  Washington Irving said of it in 1829 ”Everything in this venerable city has a decidedly Spanish Stamp.” This remains true, even with a large foreign population that chooses to live here rather than the beach a short 35km ride away.

Sitting in the valley of the Rio Guadalhorce, the city seems to divide itself into two, the monumental quarter just under the striking Alcazaba (the Moorish 14th century fortress), where you can catch a staggering sunset highlighting the tiled roofs making them glow and outlining the craggy rock formations (Pena de las Enamorados) Lovers Rock rising incongruously from the flat valley floor. Looking like the sleeping face of a stone giant, “Lovers Rock”, was supposedly scene to a Romeo and Juliet tale about the Muslim governor’s daughter and a Christian boy, who threw themselves from here when forbidden to marry.

In Andalusia, it is said (and you will find as you cycle Spain) that every street contains a church and a bar; you’ll soon find that Antequera is certainly no exception. Come into town, first past the Baroque Iglesia de San Juan de Dios, it’s red limestone quarried from El Torcal formations above, and the Church of Nuestra Senora de los Remedios (17th century), which has been declared a site of National Cultural Interest.  Following the Calle Infante Don Fernando, we arrive in the main meeting place, the Plaza of San Sebastián. Built in 1508 by Joan the Mad, the daughter of Isabella & Fernando, the Catholic Monarchs (“mad”, as she supposedly carried her dead husband around Spain with her for 2 years). Surrounded by San Agustin church, and the impressive Baroque Mudejar San Sebastian church, it is a delightful square and where you can visit the excellent city museum 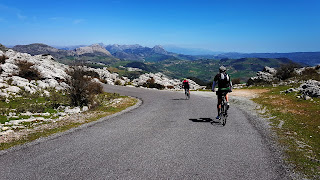 Not too far away from Antequera’s centre, is the El Torcal National Park and if you want to cycle up, it is a pretty nice steep gradient. It is a few more miles up (sometimes in the clouds) but the El Torcal Park is a fascinating spot. Declared a Site of National Interest in 1929, the karst rock forms, which populate this hilltop for over 1,171 hectares and are affectionately named, “La Maceta” (the flowerpot), El Maceton (the large flowerpot) and El Camello (the Camel). The park looks like a fantastic piece of limestone sculpture, rounded and smoothed by the elements and has some stupendous views.  After a ramble, get back on your bike and coast down that hill into town and enjoy Antequera as it comes alive after its afternoon siesta!

Visit it on our Enchanted tour or follow your self guided cycling notes on our WhiteVillages route into its city centre. 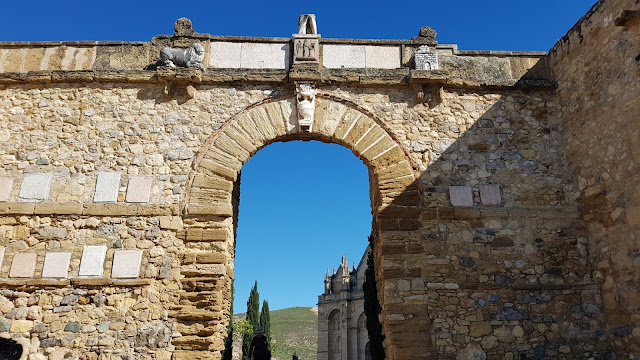