The Story Behind Spain's Paella

Every cyclist must try the famous rice dish while they bike Spain!

What is the story behind this dish though? 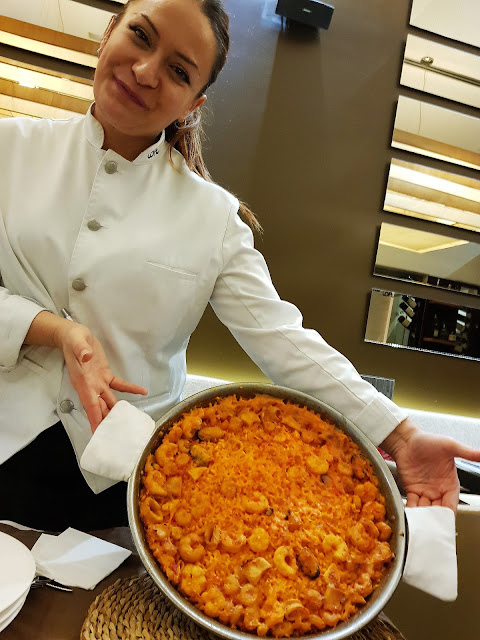 Coming to cycle Spain?  Have you had friends and family extolling the virtues of Paella, the most famous and traditional rice dish of Spain? Well then and being a cyclist, you must try it while you are travelling here. Not just to carbo load but it would be like visiting Venice and not having a ride in a Gondola, it is a Bucket list Must!
Rice cultivation in Spain came from the Moors in the 10th century. It was then added to local dishes in Valencia, where rice seemed to grow very well indeed because of the temperate weather conditions.

The Humble Origin of Paella

Thus, paella originated in the fields far from the coast, as a hearty lunch for workers where it became common in orchards and fields, to have large dishes simmering over an open fire with the main ingredients of rice, salt, runner beans, rabbit, and also including any slow moving snails slowly cooking. 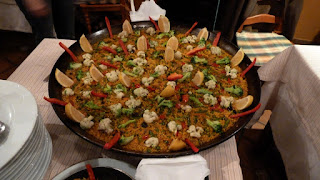 On the coast this later developed into adding seafood in shells rather than meat and beans. The name itself was taken from that of the pan it was cooked in, a “paella”, although locals started to call it “paellero” to differentiate both),

Today, the paella you get almost depends on where you order it (and generally there is a minimum of a 2 person ask, due to the laborious process the cook must go through).  However those are the kind of places you should go to in order to get a good one! Home cooking!

Regional differences of Paella in Spain

Some regions, add seafood, others, rely more on a meatier dish with pork, chicken or beef.  All incorporate vegetables of some type such as artichokes, peas, peppers, etc.. Thus paella de marisco is seafood paella with usually mussels, prawns with red peppers, paella de verduras is vegetarian paella, and paella mixta is a combination of any or all of the above. What is the key to getting a good paella?  It is all about how the rice is cooked. Don´t go for any microwave options anywhere!

However, and this is important, don´t forget to sound like a local when you ask for it and pronounce it as “Pie eh Ya”, (you pronounce double LLs in Spanish with an Eh-ya sound).  It is a perfect food for cyclists with its hearty carbo loading qualities and of course is packed full of other good things like greens and meat, fish or seafood to cycle this tremendous landscape! 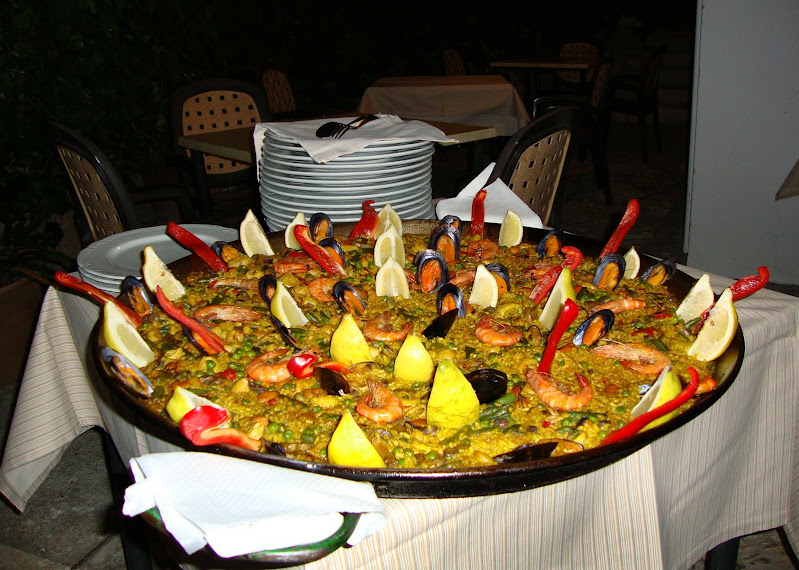 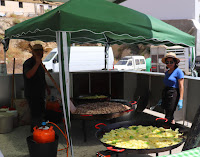 Also, don’t kid yourself that this is a tourist dish, as on our Spanish bike trips, we cycle past hardware shops or metaleristas (metal shops).. who sell huge paella pans, and we mean car sized.. for events, family and get togethers, It is very well loved everywhere in the country. 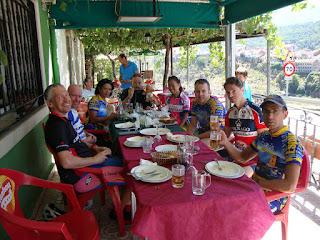 Whichever one you do finally choose, delicious paella on your cycling trip in Spain is the perfect complement to a good day in the saddle here!
Buen Provecho!
Enjoy this delicious meal on our self guided and guided bike tours in Andalucia!