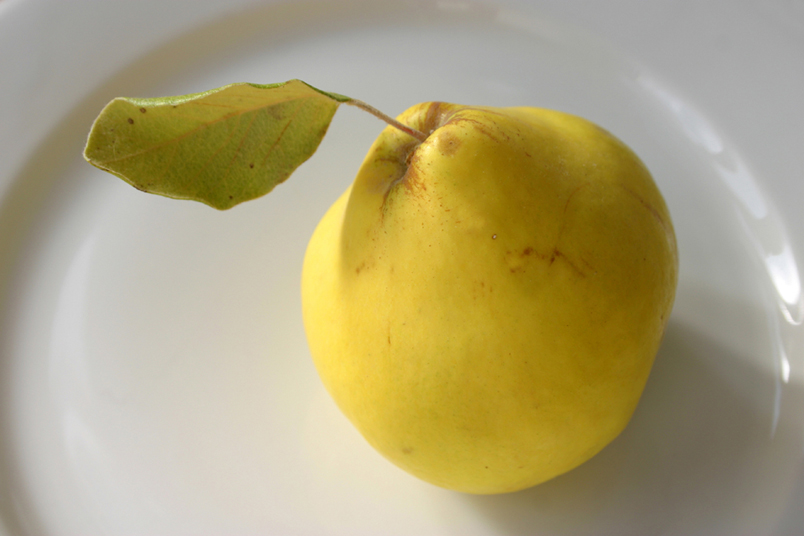 On your TransIberian cycle tour, don´t miss out in trying this delicious local dessert. 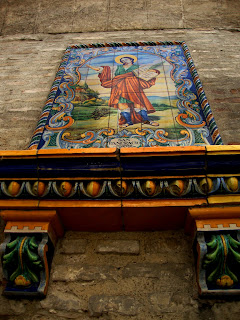 “Yes, the fruit, quince,” I responded to the puzzled look in the fruit shop in my quest to fulfil a tattered 100 year old recipe whilst visiting friends. “No, ‘fraid we don’t stock those, try Harrods. They deal with speciality items.” And so with inquisitive looks from bystanders, I left the store empty handed. A shame really for from Istanbul to Idaho, this knobbly fruit has made its mark. Just check the Internet and you’ll come up with over 145,000 entries all extolling the quince (membrillo in Spanish, coing in French or its Latin name, cydonia oblonga). It is just a pity that in the U.K. it has been closeted with the Victorians (the time of its British popularity peak), for to the rest of the world, shelving this worthy fruit would be a crime, unless of course it’s in a jam jar for later in the year. 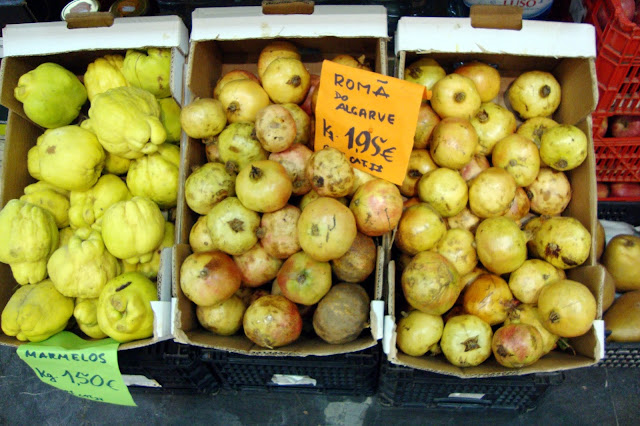 The fruit, covered in peculiar greyish fuzz, which resembles mould, grows on short gnarled twisted branches giving this tree a slightly stunted appearance. Has it been cursed by the Gods? Definitely one in particular, as it is thought among biblical scholars that it was the quince or “golden apple” and not the humble apple that was the forbidden fruit Eve offered Adam, and which subsequently brought humankind’s downfall. 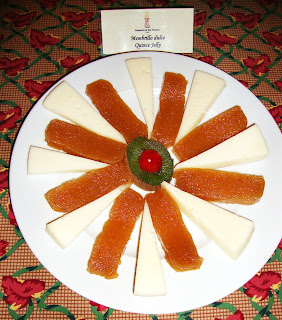 It does seem unfair for it to bear the burden of original sin and the fall from virtue, but fortunately in Spain & Portugal this reputation is overlooked, and here exists ample opportunity to try this taste bud temptress, with Andalusians and those of the Alentejo (who call them Marmelos) in particular fanatical about membrillo. Here, the quince is a regular part of the landscape with its springtime flowering brightening green fields and its summer offering of shady spots in a dry terrain. However, it is in late autumn when the low burdened trees with their hanging lemony coloured fruits swaying beside countryside paths become most beguiling. Certainly, if invited into any Andalusian kitchen in harvest season it will permeate with the quince’s blushing aroma as its women folk preserve the crop by bottling it in hot baths and into jars of every description. A little more sugar and it turns into carne de membrillo with a tart taste somewhat between its relatives, pears and apples.  A coral hued jelly, it wobbles when cut into sweet bars, accompanying Menchuga cheese perfectly. 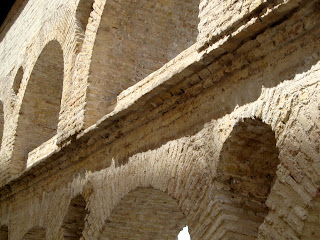 Whilst its curious appearance might put you off, its smell certainly won’t. The wafting melodious fragrance that infuses the air wherever they are placed, may give hint to its rose family ancestry. Its long life after being picked (they remain floral refusing to perish for months) has made it indispensable in many households, including the Romans who perfumed rooms with them. With such versatility a place in history was secured (even without the Genesis tale) and its travel from Asia, through Mesopotamia, had Rome’s famous writer Pliny singing its praises, and the Greeks believing quince to be fertility amulets, passing them to new brides. 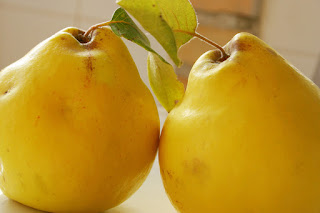 Whilst its growth in Central and South America had the Aztec’s favouring using them in enemas for curing indigestion. With such natural properties as seeds bursting with pectin, a bountiful tannin content and pulp extremely high in vitamin C, it is beneficial in treating diarrhoea and stimulating the liver. 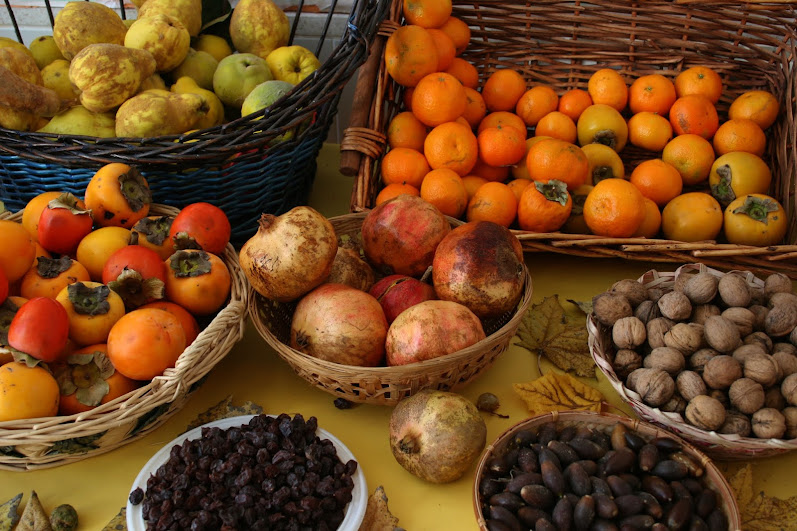 Finding its way into Europe, thanks to Charlemagne’s insistence of planting some in his royal gardens and a mention by Chaucer, its most well-known reference might be in the whimsical poem by Edward Leer, The Owl and the Pussy Cat, who dined on “mince, and slices of quince,” Also taking literary inspiration from comments by Don Quijote’s faithful companion, Sancho in Cervantes’ classic, so named is Europe’s largest producers of the paste, Membrillo El Quijote, S.A. 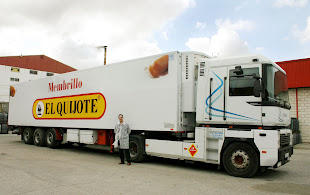 Established in 1820 by Rafael Rivas Pérez, great-grandfather of today’s company owners and set in the rolling hills of Córdoba Province, its harvest from 80,000 membrillo trees accounts for over 65% of the Spanish quince market with two thirds of sales being in membrillo paste. Today, their pinky red natural & additive free membrillo can be found in most Spanish store chains. However, not satisfied to rest on the quince paste laurels it has won, constant developments take place, the firm’s export manager, José Joaquín González Ortiz, told me. 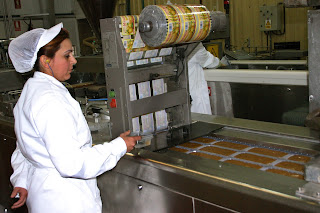 These include recent sugar free editions for diabetics and dieters, as well as investigating the “very important organic market, of which our ecological orchard will be ready for in two years,” (It takes four years for a tree to reach fruit bearing potential with 240 fruits per tree being a good yield). Also excitingly in the works are “ambient products” making use of its delightful smell. “We export to over 30 countries, including Venezuela, Portugal, France, Japan and North America,” and Joaquín takes a constant stream of orders including one man in Canada, wishing to fill donut type churros with imported Spanish membrillo. 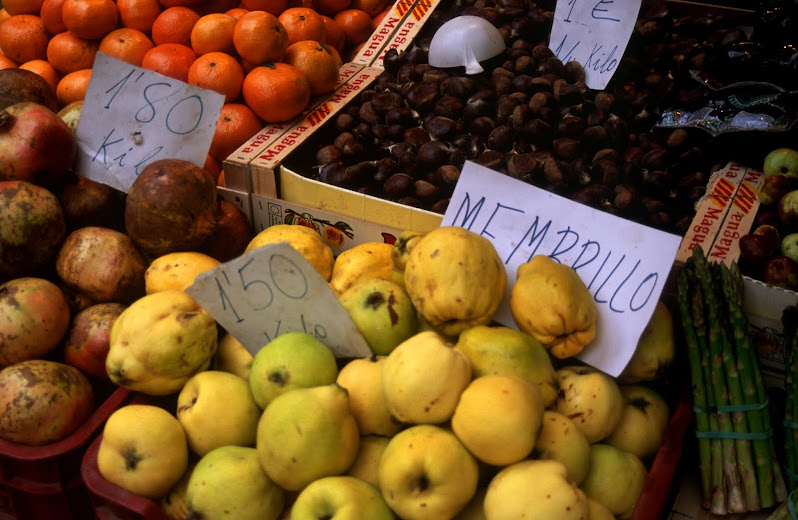 Certainly the huge steaming vats of quince pulp Joaquín shows me, all eliciting a comforting warm fruity smell, make this entrepreneur’s idea more mouth watering than mad. Once discovering this fruit you too will hope it makes an appearance in a store near you, as it perfectly compliments many dishes. Cultures that have a very meat based diet, such as Germany, Argentina and South Africa favour it’s complementary acidity as a stuffing, sauce or jelly whilst India prefers chutney mixes, and the Turkish, Middle Eastern and Andalusian love of anything sweet makes them include this adaptable fruit in their desert menus. The Koreans however, like to finish meals with it, making a tea drink from quince infused marinated honey. 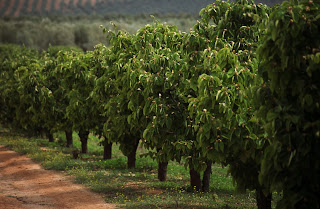 Away from the busy factory, a stroll in El Quijote’s orchards finds them tranquil, quiet except for bird song and the breeze rustling the row upon row of flowering trees, a virtual piece of “paradise” as one Israeli customer remarked.  With April, the first signs of the downy buds appear which look like this year to be a prodigious crop. As Joaquín remarked, “this is a crucial time in this fragile state, a cold night could hurt them,” and the orchard attendants keep close watch, even lighting fires amongst the rows to ward off any night chill in this sprouting Garden of Eden.

However, once in season (September - November) and picked when green to yellow, the hard fruit needs some muscle to quarter, but once that is done, it is placed in a pot to reduce and enjoy, “Aqui, este es mi secreto…” says my cortijo neighbour, Matilda, giving me some tips on how much lemon to add in the making of a true Andalusian carne de membrillo. Thankfully, she is not averse to passing secrets on although she may have wished she had never brought up the subject, as now I experiment making a variety of quince products to which my friends and family are subjected.  And despite its associated nefarious beginnings and the risk of being smote by the God of the Old Testament, I am a convert and happily wait this harvest season, as you might too, having been ensnared by this fruit’s taste. 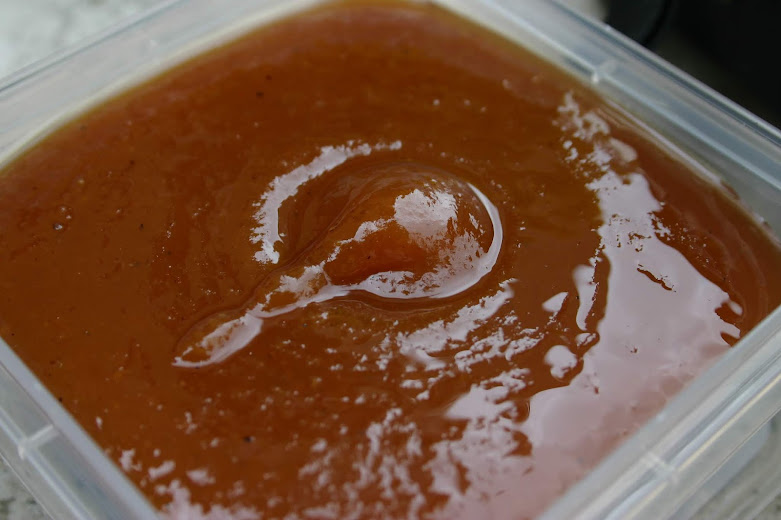 Few varieties make good eating raw and their worth come from cooking. Any pie or tart recipe can be boosted with a few slices of quince and poaching them in sugared water and lemon juice with honey and spices is an ancient method. 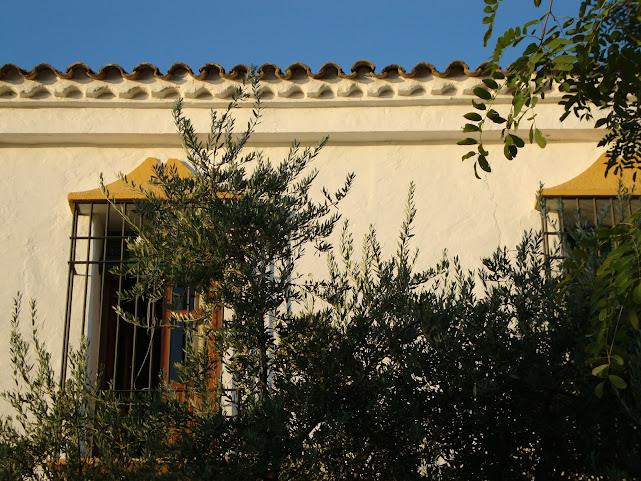 Tips for using Quince in your Home

Slip a few quinces into linen closets, dresser drawers or pop them onto a car rear window to warm in the sun, and naturally deodorize the interiors without the aid of harsh chemicals. 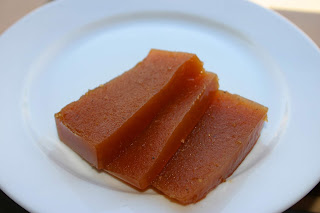 Where To Buy Membrillo - In Spain and Portugal, every shop!

El Quijote products in Spain can be found through almost any shop, try Dia and El Corte Inglés stores and in Portugal, likewise.  It is a well loved product. Those in the UK can find them in Garcia Foods (Portobello Rd, London) or from the distributor, Bespoke Foods (Coldharbour Lane, London).

Are there any Movie References about Quince?

Used even as muse in Spanish director Victor Erice’s 1993 art house movie, ‘El Sol del Membrillo’ about an artist’s (Antonio López) dedicated painting of a quince tree through the year and perfecting through art its maturation process. 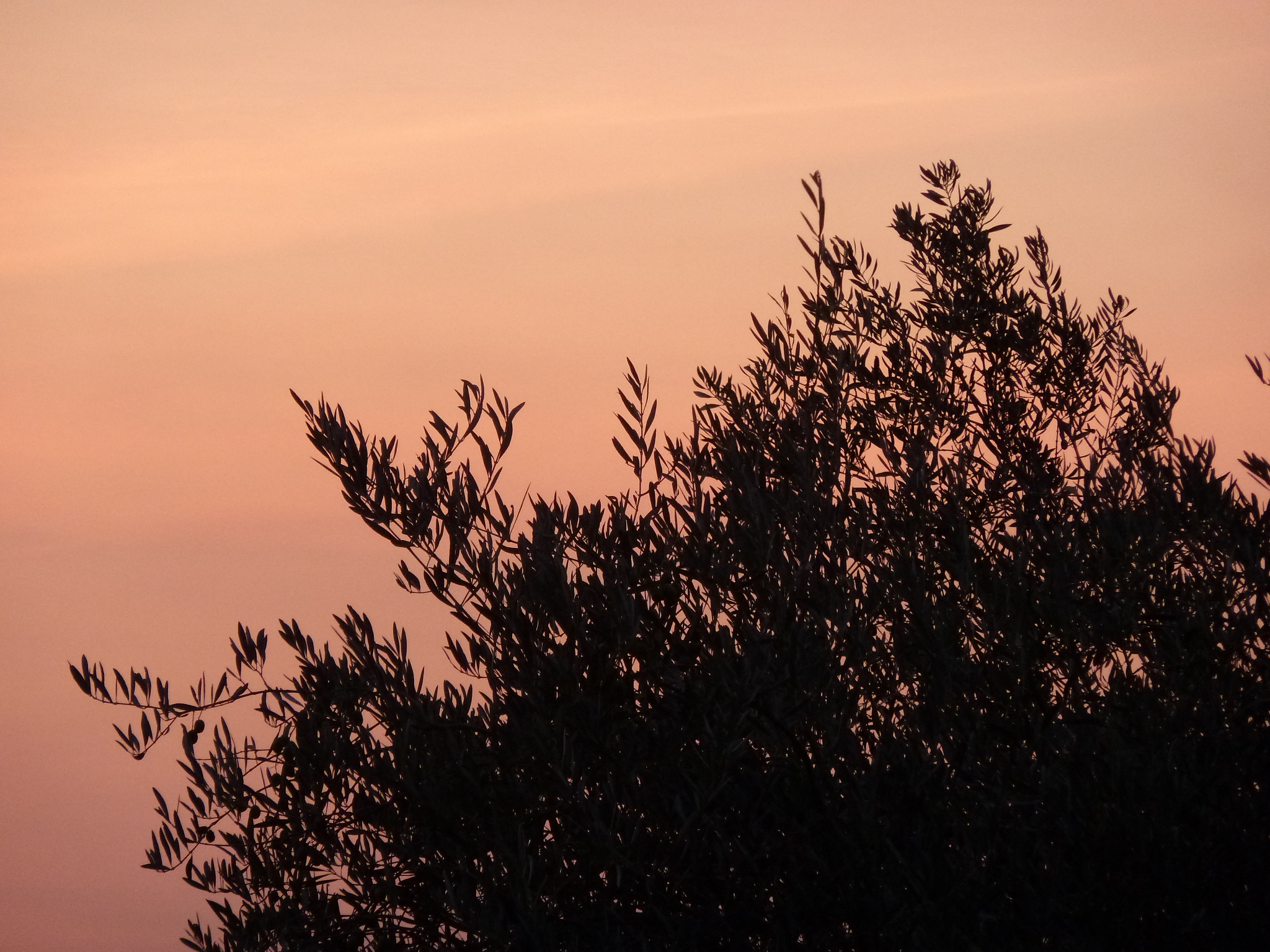 Try this delicacy on our Portuguese Alentejo bike Tour or Enchanted Andalucia, where we always get a tub of Membrillo out for our extensive picnics!