Naked Truths of the Spanish Hammam

The best thing cyclists can do in Southern Spain is find a Arabic hot bath hammam for those tired muscles!

The Moorish heritage of the Hammam is one to be celebrated by everyone and cyclists in Andalucia will particularly enjoy sweating it out in the hot baths.

The disassociation from the Moors that the Medieval Reconquest and Inquisition demanded has developed a modern society that is now re-learning to appreciate and embrace the enhancements the Arab residents of Al-Andalus had. One of the best things to savour from this culture and found throughout Andalusia is the Baños Arabes (Hammam) or hot baths.  In fact there are many existing places, Alhama de Granada, Almeria and Aragon, named due to their Hammams and curative thermal waters. Al (the) Hammam, shortened to Alhama.

This thought arose as I steamed like a Christmas pudding in the hot room of the Aljibe San Miguel baths situated in Granada’s centre near the Cathedral on Calle San Miguel. Letting those achy muscles unwind in the warm mist of the Hammam is a real pleasure and it really is no wonder the Medieval Catholics wished to dissuade its believers to forgo such seemingly hedonistic practises. 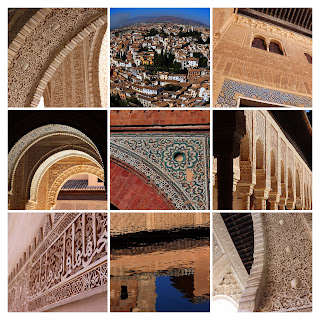 In Spain, try the Moorish Tradition of the Hot Bath.


Whilst the Greeks loved them, and we know the Roman’s built some lavish wash halls, it wasn’t until recommended by the prophet Mohammed himself around 600 A.D that the Islamic world welcomed the idea.  Integrated into spiritual life, it was well suited to the Koranic laws concerning hygiene and ablations before prayer and soon became fixtures in the mosque, towns and palaces of the noble gentry. Thus, if you stroll around the winding back alleys of every city touched by Moorish rule, like Granada, Jaén, Sevilla and Malaga, you’ll find the ancient Baños Arabes, tiled domed rooms of rest and succour.  Córdoba alone in its heyday of the 10th century had over 900 public bathhouses. In Arabic, it is literally translated as meaning the ‘spreader of warmth’, and it was originally believed that taking one enhanced fertility, and thus believers would naturally multiply.  Religious proselytising aside, it is true that once in the hammam you will want to tell all your friends about it, it’s such a relaxing experience. 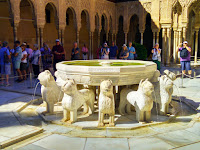 History of the Arabic Baths

Historically the baths of the Islamic world were not only used for symbolic religious purification but were also social hives of public activity. As Ibn Zárkala, a Moor living in Almería in 1350, said, "Enjoy the hot baths which are agreeable and find there friendship and happiness. When you enter the baths, leave outside life's seriousness as the baths are only there for pleasure and fun." Completely segregated (as still are traditional ones throughout the Middle East, Turkey and Morocco) they provide a form of sanctuary that if you had wandered the crowded souks of medieval Granada you would have sought them out happily. A haven from the other sexes prying eyes, during the women’s bath hours, prospective daughter-in laws were compared, health care tips doled out, gossip shared and politics talked about. In the men’s they had additional access to barbers and masseurs.

The benefits of hot washes are many and although women were originally denied the hammam, once the healthy effects of the bath were confirmed they were grudgingly allowed their own.  Rejuvenating tired bodies after childbirth, aiding asthma sufferers, helping in the adjustment through menopause and relieving the body of toxins are only a few in the catalogue of well-being it provides. 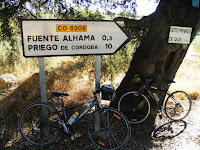 Visit Granada and the Alhambra to see original Baths.


For those wanting to investigate this bathing art after their day of cycling in Spain, it is a good time to start for the national government and Junta of Andalusia have finally gotten on board and accepted the Moorish teachings of its benefits by promoting Spa Bath tourism. Several conferences have already made the rounds of Granada provinces spa towns, of which there are many, including the nearby Granada ones of Lanjaron, Alhama de Granada and La Malaha. 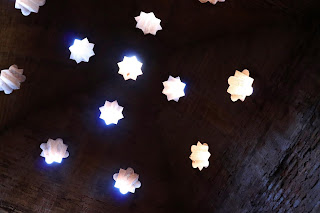 Granada city has several including the Alhambra’s and the romantic 11th century remains of the Baños Arabes on the Carrera del Darro (next to the Rio Darro), where the crumbling stonewalls still support the doomed roof cut with stars, which would have allowed the steam to escape. To experience what the previous Moorish residents would have taken for granted, wander down to the baths of Aljibe San Miguel (Aljibe meaning “well” in Arabic). Here instead of the harsh chlorine chemical assault known to most public bathing pools these days, the wafting flavour of amber infuses the warm humid air as you enter the large iron arched doorway. Managed by Carmén Jiménez, the Aljibe has seven pools to wallow in, each varying in degrees of heat. Hot to dilate, cold to stimulate the body and warm to relax. Here the baths offer a chance to recuperate the equilibrium lost in today’s modern busy lifestyles and the soft lighting and ambient Andalusian-Arabic fusion music playing seems to drag the stress from you. Like the traditional Baños, they also offer massage, and the women masseurs dressed in crisp white lab coats, all who have the most luminous skin, wait in between clients, drinking hot mint tea out of Aladdin type silver teapots. 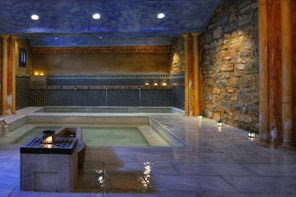 Recreating the traditional bath experience is what the Aljibe has tried to do, choosing the rustic tiles in geometric design, vaulted arches and Adobe bricks that would have been used. Time travel at its best really. As Carmén says, “it is important to gather the knowledge of this tradition and guard it or else it will be lost.”  As well, the Baños Arabes are a cultural experience for both Granadiños and tourists as by knowing, enjoying and understanding, “a part of a different culture is one way of gaining their point of view.” 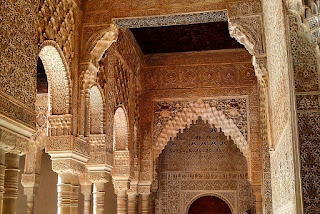 The communal part of it all is emphasized with the Tetería, an integral part of all Baños where social forums with liquid refreshment were usual.
“It’s possible for the Spanish to keep the tranquilidad?” I ask dubiously.
She laughs, “Yes sometimes it is difficult…very difficult.”
However, as I peer around the womblike cosiness, they seem to be doing well today, as everyone relaxing in the pools is lost in quiet reflection.

Tips to Enjoy a Spanish Hammam 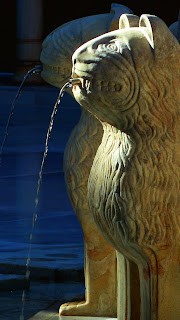 Visit the Arabic styled baths on our Spanish Guided tours which visit Córdoba, Zuheros, Granada and Málaga.
If wishing to try a private hammam, try our self guided Quiet Paths tour in the Poniente Granadino, where Cortijo La Fe, one of our hotels features one.  Relax in solitude there!