Weren't able to make that bike trip to Spain due to Corona Virus Lockdowns or airline disruption?

Here are some Top Spanish films to check out and get a taste of the country we hope you will visit soon, Spain!  ¡Viva España!

I know we are all scanning media libraries & Netflix accounts like mad these days trying to find something and so here is a list of films to watch from your cozy little self-isolation nest. Make those long days a little shorter whilst we all do our part for our hardworking health and public services and stay out of their way, and watch Spanish themed content!

A really nice homegrown one for Spain - SAD HILL UNEARTHED is an inspirational true story and documentary on how several Spanish men, due to their love of the Sergio Leone’s Spaghetti western, the "Good the Bad and the Ugly", resurrect the famous cemetery scene featured in the movie. 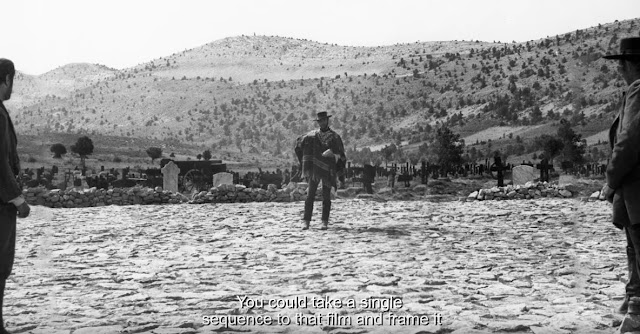 Binge-watching Drama goes to...MONEY HEIST. An independent Netflix series, it was filmed mainly in Madrid, "The Professor" a criminal mastermind, plans to do the perfect crime in the world and defraud the Royal Mint of Spain, in order to print billions.  The team, all with special talents, help to bring this to fruition. There are several seasons to feed your addiction. 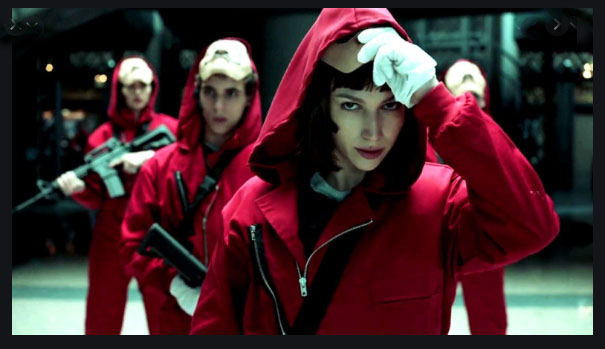 Here is something small: THE MURDERED HANDSOME PRIEST
A fascinating short on an interesting story by the BBC, set in the chaotic days of the Civil war and some detective work done to try and find the truth of a murdered priest.

Another one of the Civil war here, but may be harder to find is a very nice fictional movie, “LA LUZ PRODIGIOSA”, directed by Miguel Hermoso (2003) and staring Alfredo Landa, (the English title is The End of a Mystery) as a man, who tries to discover the identity of someone he helped in Granada during the civil war. 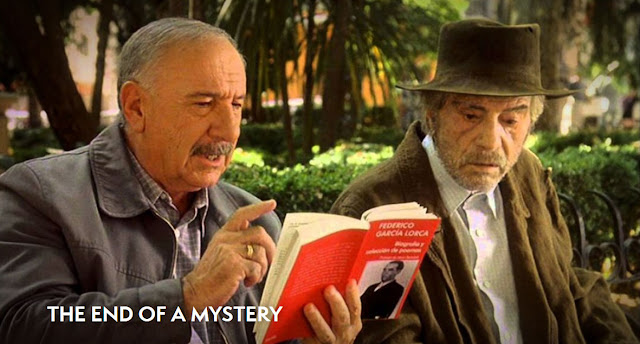 The Civil war in Spain is creative fodder for film makers, such as Guillermo del Toro's 2006 excellent award winning film, PAN'S LABYRINTH but BUTTERFLY TONGUES is a little less foreboding.  It is about a young boy growing up with the war looming and how it starts to affect his life in Spain. It won the year 2000, Spanish Goya award for Best Picture and is a sensitive portrait.

Something with Spain in it…Ok we are getting a bit off topic here, but Spain features in the story during the Civil war era in this clever Swedish movie and book loved worldwide, THE HUNDRED-YEAR OLD MAN WHO CLIMBED OUT OF THE WINDOW AND DISAPPEARED (film).  It is purely enjoyable and a great way to pass the time.


A little bit of Spanish Art for you - Javier Bardam and Natalie Portman star in Miloš  Forman’s last film, GOYA'S GHOSTS (2006) a Spain/USA lush production.  A fictionalized account of the tormented artist during the tumultuous Napoleonic age.


One last one, Something with.. Football in it!  You can’t come to Spain and not realize their passion (or maybe obsession) for this sport (as well as cycling of course).  The 2013 comedy film, LA GRAN FAMILIA ESPAÑOLA by Daniel Sanchez Arevalo is about a family which comes together for a wedding during the World Cup and is a very funny watch.

We would love to hear from anyone who has some favourites to share as well!
Let us know what they are in your comments sections below.

This post contains affiliate links, which means we may receive a commission, at no extra cost to you, if you make a purchase through a link.
Many thanks!
March 25, 2020
Location: Spain