5 PLACES TO VISIT IN PORTO, PORTUGAL, IF YOU LOVE ARCHITECTURE

Love cool European buildings? Porto has more than her share of them to enjoy on your bike tour. 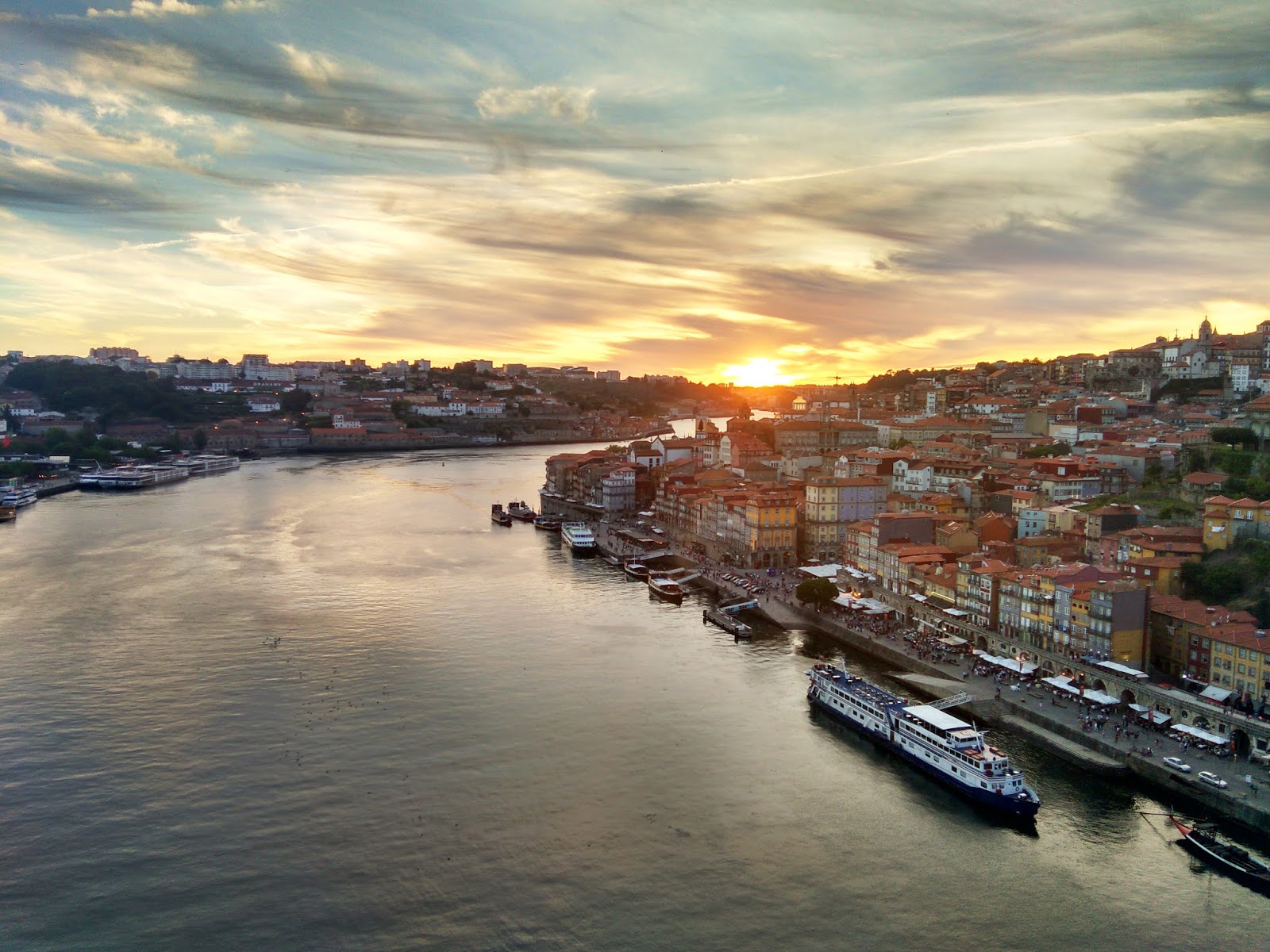 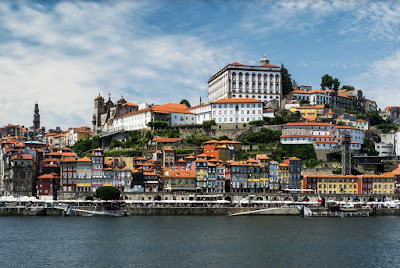 This winding twirling streets lodged on hillsides with the sparkling Atlantic cloaking her sides, are both a delight and a chore if loaded with shopping to wander. A vibrant place it hides the fact that it is Portugal’s 2nd largest city well and in some places has a small village feel but Porto also packs a punch architecturally with a diversity that will take your breath away!

Where to find the best Medieval Architecture in Porto.

This is especially true in the Ribeira riverside area the medieval centre with its flaking paint, red roofs, cobbles and crowded balconies. 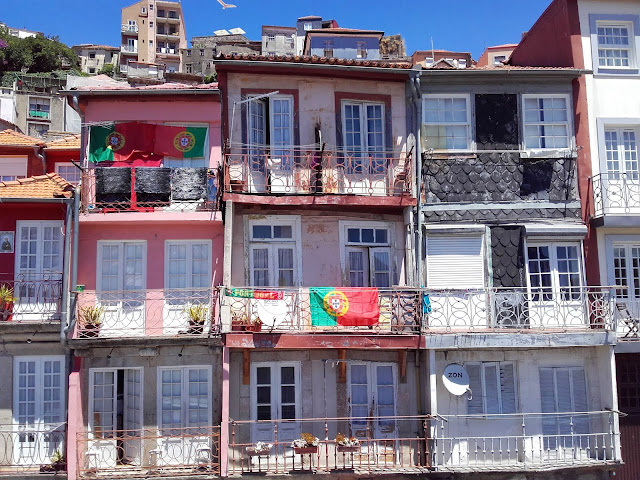 Not as gentrified as sister city, Lisbon’s famous Alfama has become with her chic AirBnBs & pastel colours, the Ribeira is intimate and still traditional.  For the most outstanding view of this charming hodgepodge, ramble over to the south bank on the Douro, and over to the “miradouro” (viewpoint) in front of the church, Nossa Senhora do Pilar, (access it by the upper part of the Dom Luis I bridge). The panorama here is marvellous and will make you fall in love with this place. 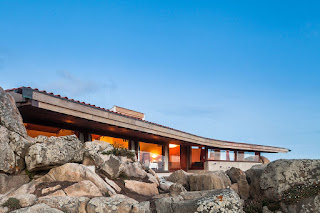 Porto does fine dining to a T as well and there several Michelin starred restaurants in the city too with a delightful range of delectable options. One of the nicest, near the northern Matosinhos neighbourhood, is set in award winning architect Alvaro Siza's beautiful seaside. The irresistible Casa de Chá da Boa Nova, where Chef Rui Paula's creations impress, is a lovely edifice that only adds to the delectable food that comes out of the kitchen.  Crazy about new builds, check out La Casa da Música concert hall by Dutch architect Rem Koolhaas.  It looks like a solid block but also intriguingly uses traditional blue tile word inside.  Impressively enough, this was designed to be a family home. 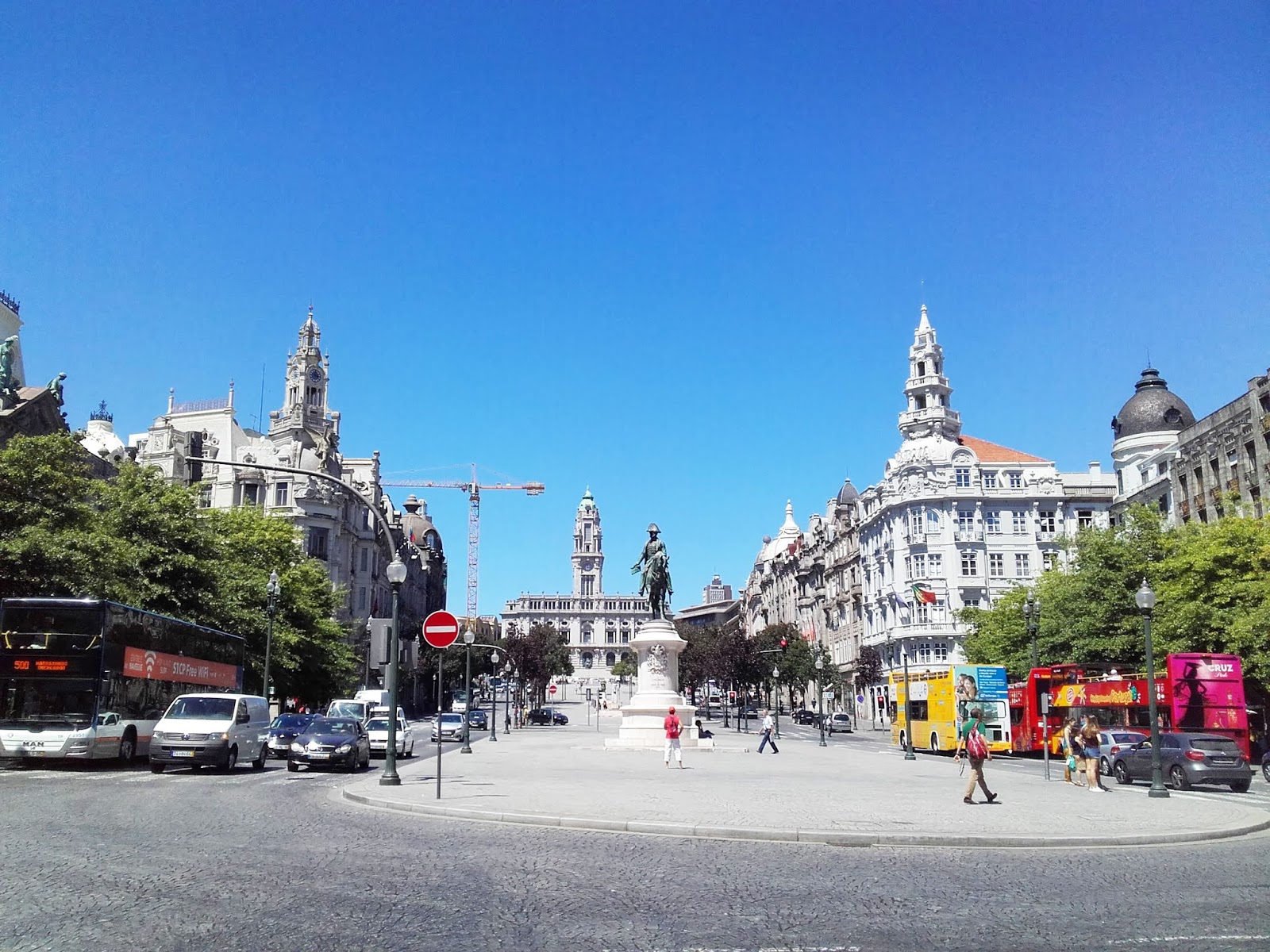 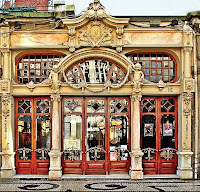 Ok, we had to mention these two buildings mainly because both buildings are extravagant were the inspiration the helped formed children’s favourite character, Harry Potter.
Beautiful coffee houses abound here and for Harry Potter fans, duck into the Majestic (Rua Santa Catarina 112), an enchanting Art Nouveau spot,  Opened in 1921, many a writer and artist have cradled a coffee whilst creating their literary confections and it is said that it was J.K. Rowling’s favourite place to hang when she worked in Porto as a teacher.

The famed Art Deco book store which inspired the Rowling to create her “Harry Potter” library, which is The Lello Bookstore, also known as Livraria Lello & Irmão (R. das Carmelitas 144 – north of the city). It is an extravaganza of beautiful wood carvings and paintings. Built in 1906, by book lover engineer Xavier Esteves it is a marvel with its crimson staircase a highlight. However the queues are diabolical and so if keen, there are a few stores on the street and around the block which gives one an idea of the interior.

Porto's architecture which is not for the Nervous.

For the ‘Culture Vulture’, architectural sites really are varied and Porto has some wonderful churches and many of the buildings are of granite (due to nearby mines), which gives the city its name, the “Granite City”. Amongst these is the Cathedral, the Medieval walls and the most famous monument, the Tower of Clérgios. The tower which is 75 meters highs, has over 250 years of history, and 225 stairs to walk up to get a lovely view of the surroundings.

Speaking of Baroque (of which style the tower represents), you must check out Santa Clara Church Porto, a perfect example of this type of architecture, Horror vacui (fear of empty spaces) to the Max. 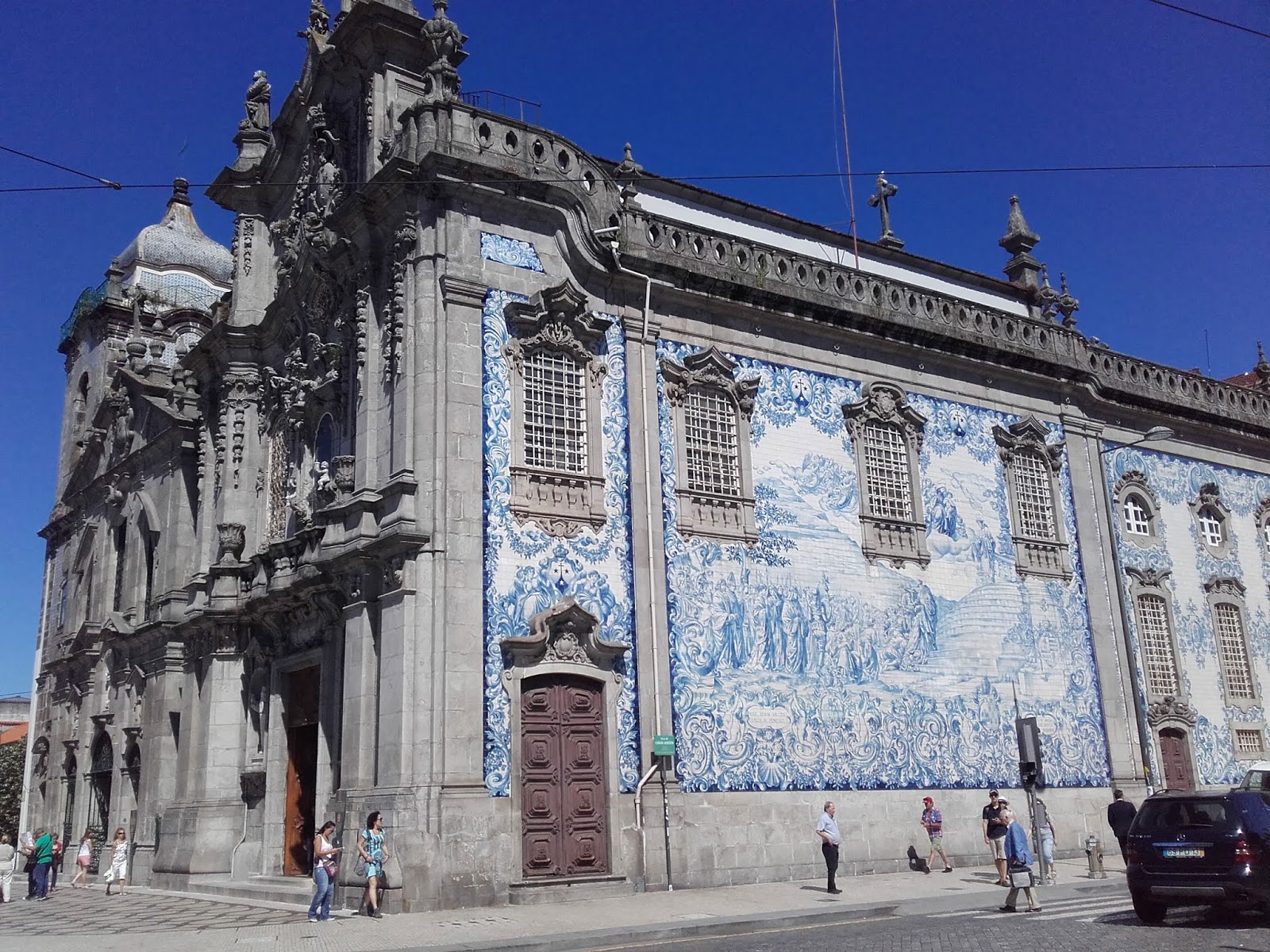 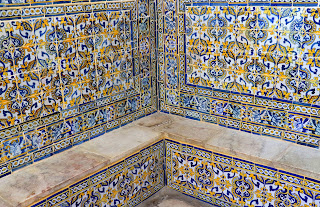 One of the most beautiful and typical affectations on Portuguese buildings are the lovely glazed ceramic tileworks or “Azulejos” that cover many. Developed by the Moors (the term azulejo comes from the Arabic word az-zulayj, meaning "polished stone.") and integrating beautiful geometric designs. . They were then used decorate everything not just churches and are plastered all over walls, exteriors, trains stations, benches, street signs,…and depict scenes of history, culture, day to day workings, biblical scenes. 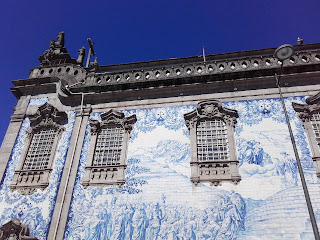 Fashion changes and tiles are no different, and at first the main colours used were yellow, green, white and blue. However, in the 17th century, time of the Great discoveries and influenced by Chinese ceramics like the Ming Dynasty, white and blue became the mode. A spectacular example are the outside walls of the Iglesia de Carmo and the inside of the Sao Bento Station (that has upwards of 20,000 tiles of historical events and landscapes). Both are impressive displays of artistic creativity.  However, even some homes in the city have an attractive cover of tiles and for those of us who dread choosing kitchen or bathroom tiles, think of what courage it takes to do the whole outside of your house! 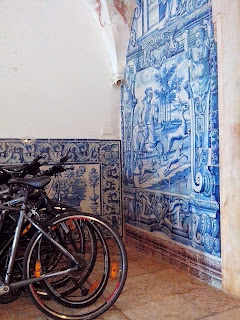 To taste what Porto has to offer, join us on our Vuelta 2020 bike tour – The last week from Santiago de Compostela to Madrid, stopover in Porto, as well as our Douro Valley Self guided option, which takes in this beautiful city as well.