Cycle touring in Canada this Summer? Read some of the Best Literature that Nova Scotia and the Maritimes has to offer before you  go and cycle Eastern Canada.

Canadian cyclists on a "Staycation" or those from abroad wishing to cycle this great country should have a look at these books and movies to give you an idea of the interesting cultural identity of a unique part of this huge nation, the Maritimes.
"Out of Towners" venturing to this northern country, you will soon find out upon travelling in Canada, that it is a country of creators. Whether this means from simple craft work to artistic directors, playwrights, journalists, novelists and readers, with many ethnicities and cultural experiences. It may be those long winter days and nights, but the number of bestselling authors coming from here is impressive. Margaret Atwood is perhaps one of the most famous due to her Handmaids Tale being used most recently for political purposes. A poet, novelist, critic, activist, who once said, “War is what happens when language fails” has often grim novels but is prolific to a high degree. 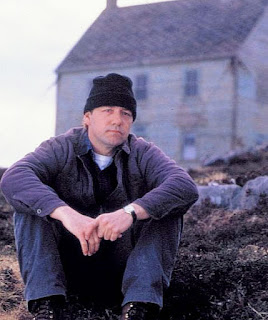 If you are looking to just put your feet up and enjoy some downtime in this Covid-19 era, watch these movies about Nova Scotia or the Maritimes to give you a good feel of this unique areas before you get there to cycle them.

A good and thrilling one to start is the 2001 excellent movie (based on the book of the same name), The Shipping News. Taking place in Newfoundland, Kevin Spacey (BAFTA winner) plays a devastated man, who is trying to put his life back together after some terrible personal  tragedies. An all-star cast including Dame Judy Dench and Canada’s Gordon Pinsent, the story is filmed with the background of some desolate fierce winter landscapes. 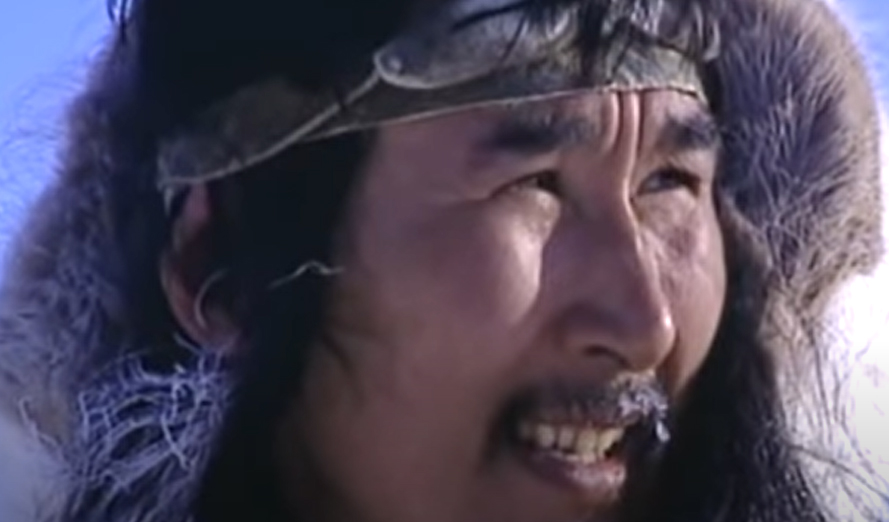 Here is a departure on what many would normally seek out on a Saturday night, but to really appreciate the indigenous community of Canada, it needs to be listed: Atanarjuat: The Fast Runner (2001) is an Inuit Artic retelling of a legend. Directed and acted in an Inuit language it is beautifully shot and is worth settling down with. The film made enough of an impression that a group of Canadian filmmakers and critics declared it the greatest Canadian film of all time in 2015.

A lighter view is of course, Anne of Green Gables, done numerous times and appearing in Netflix (“Anne with an E”) and other channels. However, the best one in our opinion is the 1985 CBC version with Coleen Dewhurst and Richard Farnsworth as the Cuthberts who take on Anne (Megan Follows), the carrot top red head who is loveable but always into trouble. The turn of the century in the Maritimes never looked so good and it is a charming story. Many Hollywood comedians from Mike Myers and Jim Carey to Seth Rogan, have come out of Canada, so it can be said that as a people, they do like a laugh.

Not technically set in the Maritimes but is set in an isolated coastal village in Quebec, La Grande Séduction / Seducing Dr. Lewis (2003) is a comedy directed by Jean-Francois Pouliot and won awards at Sundance. Residents in an economically deprived village tries to lure a doctor to stay and open a practice. This was redone, with a Netflix version, taking place in Newfoundland starring Brendon Gleeson (The Grand Seduction). Both versions are very amusing but the Quebecois one really is excellent. 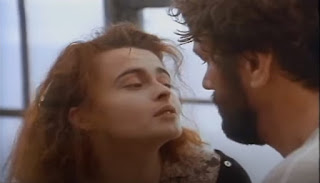 Another Nova Scotian based movie, is Margaret’s Museum (19954) starring Helena Boham Carter. This drama piece set in 1940, is about a young woman coming to terms with the death of her father and brother in a mining accident. Determined not to have her love, a bagpipe player, have the same fate, she makes him promise to find work elsewhere. Unfortunately, it is to no avail in this poor area, and he is tragically destined to join the town’s men in the pits 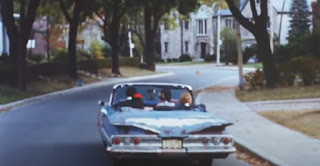 A true gem is Don Shebib’s realistic drama, Goin down the Road, but don´t let the novice film making budget put you off, this 1970 film about 2 young men (Paul Bradley and Dough McGrath) from Cape Breton who strike out for Toronto to make it rich.  Unfortunately, it isn´t that easy and they both lose their minimum wage jobs and turn to petty crime.  The scenery is worth it as is the pathos of it all and gives you a good feel of the experience of many economically deprived Maritimers. The whole movie is on Youtube.com

One of the very interesting books to include on your reading list before travelling to the Maritimes is The Stone Canoe, 2 Lost Mi’kmaq Texts, an adult non-fiction piece by Elizabeth Paul and Peter Sanger to give importance to the indigenous peoples who were here before Cabot and the Vikings! The discovery of two manuscripts from the 1880s highlighting the recorded stories in 1st Nations language has helped contribute to an appreciation and understanding of Indigenous literature. 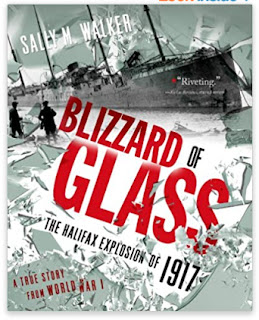 For a very good view of an incident that shaped Halifax and the province in general is Hugh Maclennan’s “Barometer Rising” is a readable history on the terrible collision of 2 boats in Halifax harbour which exploded in 1917 and killed 2000 people. The Town that Died: The true story of the Greatest Man-Made Explosion

Before Hiroshima by Michael Bird is also interesting. Blizzard of Glass: The Halifax Explosion of 1917 by Sally M. Walker is another novel which takes this terrible event on.

Alexander Graham Bell: A Life From Beginning to End is a good one to read to really get an idea of the inventive brain this family man really was. His work with the hearing impaired (including his beloved wife) and his desire to create a workable language for them is impressive. Truly a visionary in so many aspects than the telephone for which he of course is most noted for. 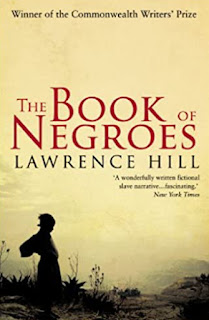 The Book of Negroes by Lawrence Hill is really outstanding and a fascinating if not grim true story of Aminata, an 11 year old young girl snatched from her village in Mali in 1755, who ends up a slave in the South, escapes and then ends up helping the British in the listing of all the freed slaves on the British side in the Revolutionary War in The Book of Negroes. This is a real historical document in the National Archives at Kew). Aminata is sent to Nova Scotia where she makes her life but mourns the loss of her children (taken from her by slave owners) and her beloved husband. In 2015, there was also a 6 episode miniseries made of the same book.

A little light reading on your Bike Trip in Canada

For a good holiday read, pick up Alistair MacLeod’s “No Great Mischief” mainly set up in Cape Breton (due to MacLeod’s love of the area and that he summers here often) and is a critically acclaimed book, considered one of the Best Atlantic Canadian novels.

The Birth House by Ami McKay takes an interesting look at Nova Scotian beliefs, customs having to do with birth and the story of Dora, a rural midwife, who has to come to terms with modernity and medical practices alien to her customs. 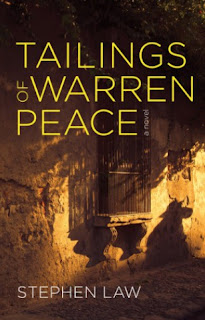 Stephen Law is another local Nova Scotian writer who has written 2 very good novels which are stories based on his extensive experience in social activism and justice in Columbia and Guatemala. Tailings of Warren Peace, is a journey takes Warren into the heart of a political struggle for justice that stretches from the Cape Breton roots of a rural mining town, through the Indian diaspora of Toronto to a burial site in Guatemala.

Another of his novel’s, Under Her Skin, is about tattoo artist, Shaz, who comes to a reckoning with her own disjointed family experience and that of the large refugee community in Halifax.

Not so serious a Maritime book but a seriously good read, a Classic

Here is an easy one that you might have read in your childhood, but it is definately worth re-acquainting yourself with it. Anne of Green Gables, and all the Anne books following by Prince Edward Island’s Lucy Maud Montgomery, is a Canadian classic, whether you are a school child or not, it is worth picking this turn of the century novel up to understand the commotion about it and enjoy its simple straightforward style of a Maritime life. An engaging story, an orphan girl is sent (accidentally) to difficult Marilla Cuthbert and her brother’s place to help on the farm. Her outgoing spirit coupled with ongoing mishaps and trials win them over.

We offer a self guided cycle tour of the beautiful Cabot Trail where many of these movies and books are based. A bucket list entry, the cycling of Nova Scotia's Cape Breton island is a magnificent bike ride to enjoy and must be done by all riders at least once.