Cycling in England? Here are some tips of what to see in the City of Bath.

The Roman’s loved this place and so will you.

Biking down the pretty Kennet – Avon Canal system,  come to the famed city of Bath(unless you fell in along the sometimes, treacherously narrow path, and it wouldn´t be a surprise given the amount of pubs to try out.  You also would not be the first one either!).

So what is so special about Bath and what do you do when you get off the bike?

Here are some ideas from Geoff, Cycling Country Director, who spent his university days living in the city, enjoying the cycling and of course, the strong cider.  Reached by either a beautiful cycle trip through the English countryside and Cotswolds, or an easy day trip from London (only 115 miles | 185km away), it is a fascinating city to spend time in.

The obvious one first, 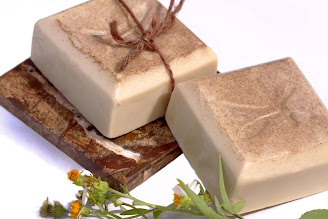 What did the Romans Do for us?Any place known and loved by the Romans has got to have some merit and thus, Bath or as the Romans knew it in 43 AD, Aquae Solis, was the prime tourist destination for the toga clad a few thousand years ago.

Feeling sore after your cycle to the city, check out the temple of Minerva and its surrounding statues of gods in the foggy thermal mists. Today, although the thermal spas are now marketed a little bit more professionally, they still provide the population a chance to rest and cure those cyclists´ weary bones.

In fact, so powerful is the call of this place that an 17th century English revolution started due to these amazing curative properties and gave rise to one of the first “conspiracy theories”. 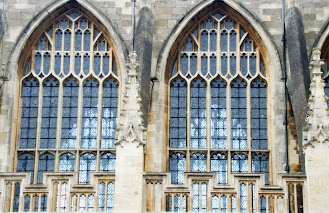 Whilst King James II did not come to the throne until he was 51 years old, which was quite an age, and he had converted to Catholicism prior to this.  The English felt confident that although an openly Catholic monarch was on the throne, he was not destined to be there long and took comfort in that his 2 daughters, Mary and Anne, were both Protestant (from James´ first wife).

His daughter, Mary was even married to Protestant hero William of Orange who fought against Catholic France's ambitions. 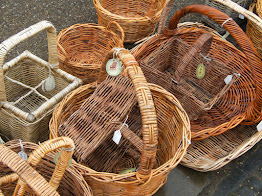 Thus, when James´s second wife Italian Mary of Modena started to visit Bath´s curing thermal baths (in 10 years she had already had 10 pregnancies – (5 stillbirths and 5 infancy deaths) in order to restore her fertility, it was not taken seriously.....until..she got pregnant again at 30 years old in 1687 and gave birth to a bouncing baby boy named James.  The Protestant majority of the country was outraged and stories, rumours and the tabloid press jumped to declare the baby a fake, and (as one belief had it) smuggled into the palace in a bed warming pan.

With a Catholic heir securely in place, the sisters banded together and over-threw their father, baby brother “The Pretender” and Jacobites (supporters of James) in the Revolution of 1688. Mary and William of Orange became the ruling monarchs.

The baths for those who are curious about their healing properties, are have said to have also cured Prince Bladud's (who was the supposed father of King Lear) leprosy and who joyfully founded the city around the same waters in 863 BC.

A modern footnote to the powers of these waters is that after WWI, thousands of soldiers were billeted in Bath in order to recover from war time wounds. 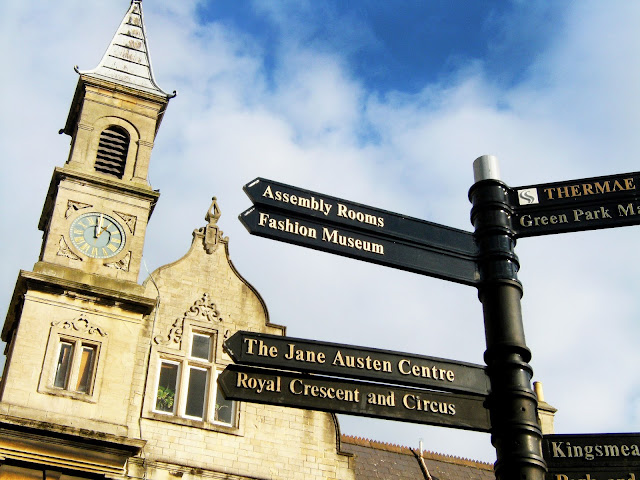 Book worms will love this place as Jane Austen (1775 - 1817), one of Bath´s and Britain’s best known and loved authors, paid two long visits to Bath in the late 1700s and lived here from 1801 to 1806.  Today you can see dressed up characters outside The Jane Austin Centre, which is a small museum about Austin and her work. Her intimate knowledge of the city is reflected in two of her novels, “Northanger Abbey” and “Persuasion”, which are largely set in Bath. 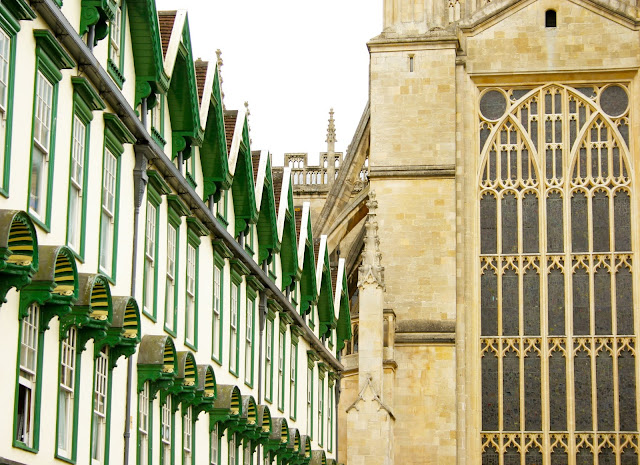 Aside from all these personalities and stories that arise from the town, the architecture that make this town great are worth comment. It surely is an unique city and wandering its twisting alleyways up and down hill, you will at some point realize that it is not so famous for the Roman bath`s architecture but for its stunning Georgian buildings. 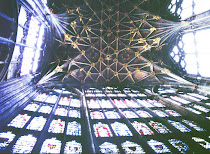 Due in part to the Spa´s Royal patronage (James´s daughter Queen Anne´s own try at fertility after 19 miscarriages and infant births!), the city became in the late 1600s and early 1700s a place to be seen in by those of society which prompted the boom of city infrastructure to be built in the most elegant and gentile way that we see today. 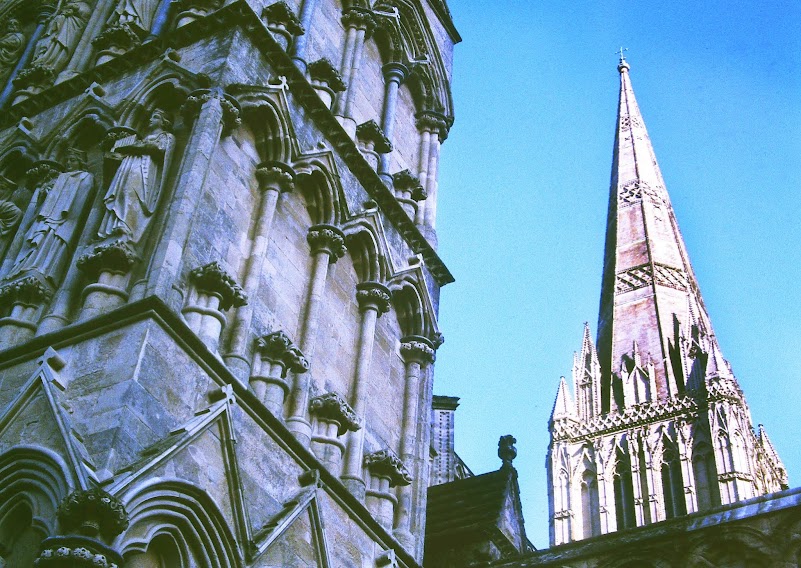 It’s Abbey Cathedral (where a King of England, Edgar the Peaceful was crowned in 973 AD.) is also a magnificent building. Founded in the 7th century but rebuilt in the 16th and 17th century it went into great disrepair with Henry the VIII's dissolution of the nation’s monasteries (1539) upon their disapproval of his marriages. At that time, it was put up for sale in today’s money of about 160,000 GBP!  No buyers though.

It is considered to be the last great medieval cathedral to have been built in England. 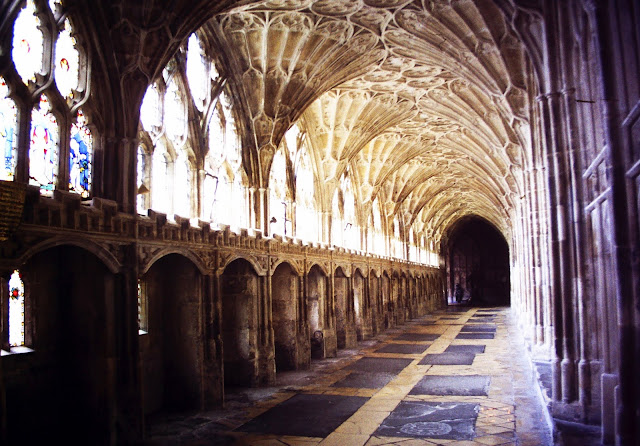 4)   Bath, a movie Set Galore - Spot a star while cycling

The Duchess (2007), which had an all star cast featuring Keira Knightley about the 18th century aristocrat Georgina, Duchess of Devonshire had the Royal Crescent featuring in it. The Royal Crescent, is a half moon panorama of 30 joined Georgian limestone apartments looking out onto a park. Built by John Wood and son in 1767 and is one of Britain´s best examples of architecture of this type and is Listed Grade 1.  For an even more realistic feel, go to the first house built, No. 1, which is a museum that through original fixtures, furnishings and fittings, preserved the feel of an authentic Georgian home. The Circus, (large roundabout surrounded by homes) was also John Wood Jr´s work and the two edifices complement each other being symbols of the sun and moon. 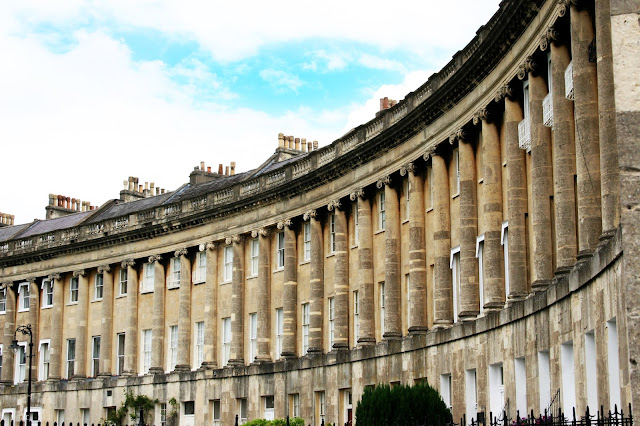 The other post card picture is Pulteney Bridge, built at the end of Bath´s heyday in 1773 by the rich Wiilliam Pulteney who was creating the suburb to Bath´s east and needed something to attach it to the city itself. It is an attractive bridge, shop lined (1 of only 4 in the world) over the River Avon and there are several good spots in the nearby Sydney Gardens to get a view of it. 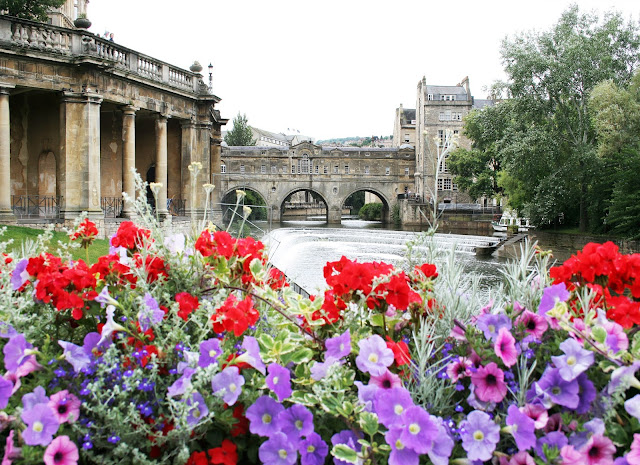 Due to its elegance, Les Misérables (set in France) was shot here and one of several locations used for Oscar-winning musical,  (starring Hugh Jackman and Russell Crowe), stunt shots for Javert’s suicide scene were re-shot in 2012 at Pulteney Bridge and Weir.

A Baker’s Dozen - Great places to eat in Bath 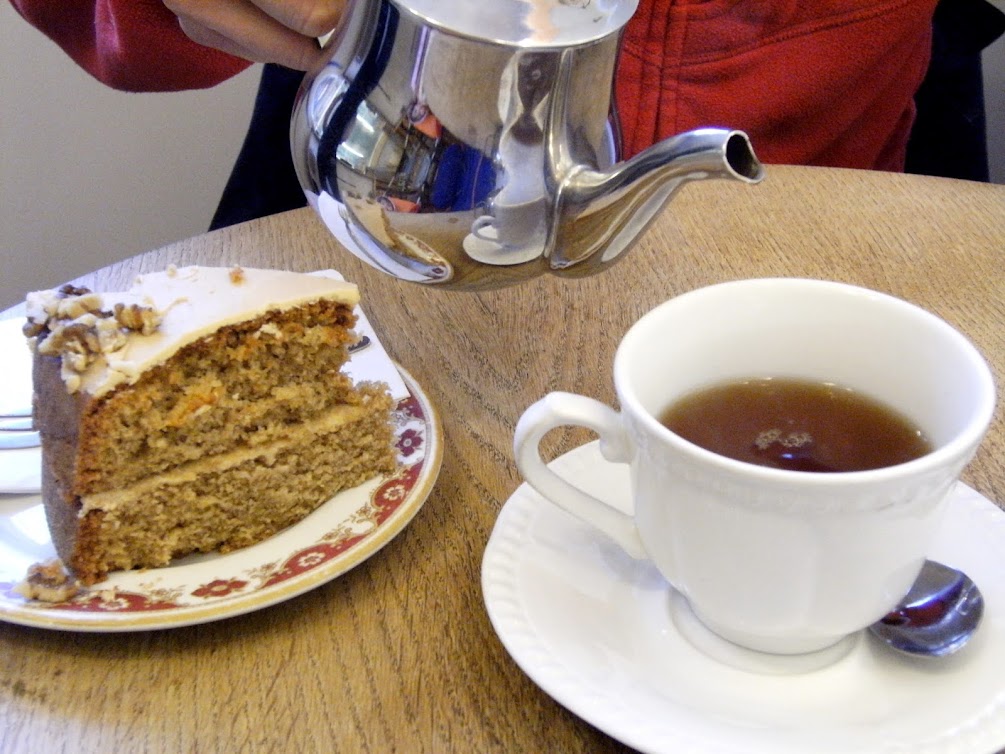 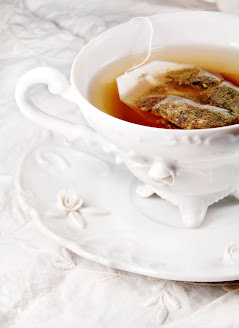 No doubt that whilst you cycle this city with all is ups and downs and attractive shopping mews, you will get hungry and one of Bath´s residents favourite hobbies is drinking (it is a highly regarded university town after all) and eating.  Here you can try the famous Sally Lunn Bun or “Bath Bun” and even see where this enterprising woman made the tea cakes in the small original kitchen she opened in 1680 which happens to be the oldest house in Bath (with Roman and Medieval foundations). Whilst there have been many pretenders of the bun, the original (a type of brioche bread) secret recipe is passed on with the deeds to Sally Lunn’s house and is still made by the bakers of the tea shop today.

One for the upscale foodie, is Gordon Jones, because there are so many local producers of vegetable, strong cheeses, corn fed poulets and other delights there is no excuse not to have a great meal.  Here you will get one. A beautiful menu that is a delight to look at and not far from those famous baths. 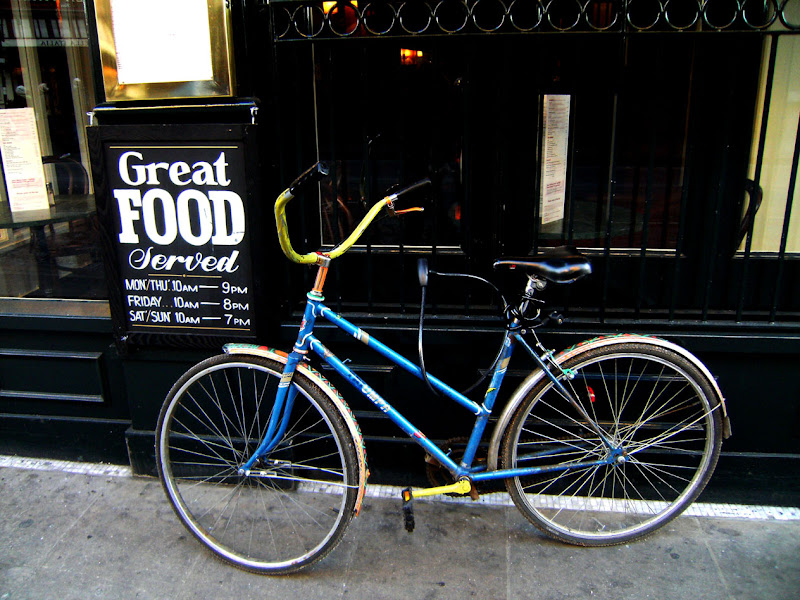 Great Pubs in Bath to enjoy Drinking and Music

Another fun place to get a drink (and serves food) is the Boater Pub which has an outdoor beer garden  just off the Pulteney bridge in a huge Georgian mansion of several floors.  It is a city establishment and everyone goes there at least once.

For Music, one of the most famous places is Moles, a nightclub, and virtual institution of live music. A venue of some repute with the likes of Ed Sheeran, Tears for Fears, The Smiths, The Cure, Oasis, all playing there on their way to the top.  Interestingly, the original founder, Phillip Andrews,  came to Bath after his dream of setting up a bike shop - cafe in Yorkshire, died a death due to the harsh winters experienced in the 1970s there.

Another long time favourite has been the pub and music venue, the 18th century Bell Inn on Walcot Street, which a few years ago, was on the threshold of going under.   That was until stars like Peter Gabriel and Robert Plant  backed a community buyout scheme in 2013 to create a co-op by the patrons of this long time music venue.  Great place to get an ale and enjoy live music. Open Mic is Thursday nights!

Discover all these places on our Cycling Country Cotswold Self Guided Bike Tour that goes from Oxford to Bath.  It really is a fantastic place to explore on bike.